Watch the ARK: Extinction Announcement Trailer to learn about the upcoming final chapter to the ARK: Survival Evolved open world survival video game. In the ARK Extinction expansion pack, you return to Earth to complete the ARK cycle, defeat gigantic Titans, and save the future.

ARK: Extinction will be available November 6, 2018 for PlayStation 4, Xbox One, PC, Mac, Linux, and SteamOS.

Finish your journey through the worlds of ARK in ‘Extinction’, where the story began and ends: on Earth itself! An Element-infested, ravaged planet filled with fantastical creatures both organic & technological, Earth holds both the secrets of the past and the keys to its salvation. As a veteran Survivor who has conquered all previous obstacles, your ultimate challenge awaits: can you defeat the gigantic roaming Titans which dominate the planet, and complete the ARK cycle to save Earth’s future?

Here are some ARK: Extinction screenshots: 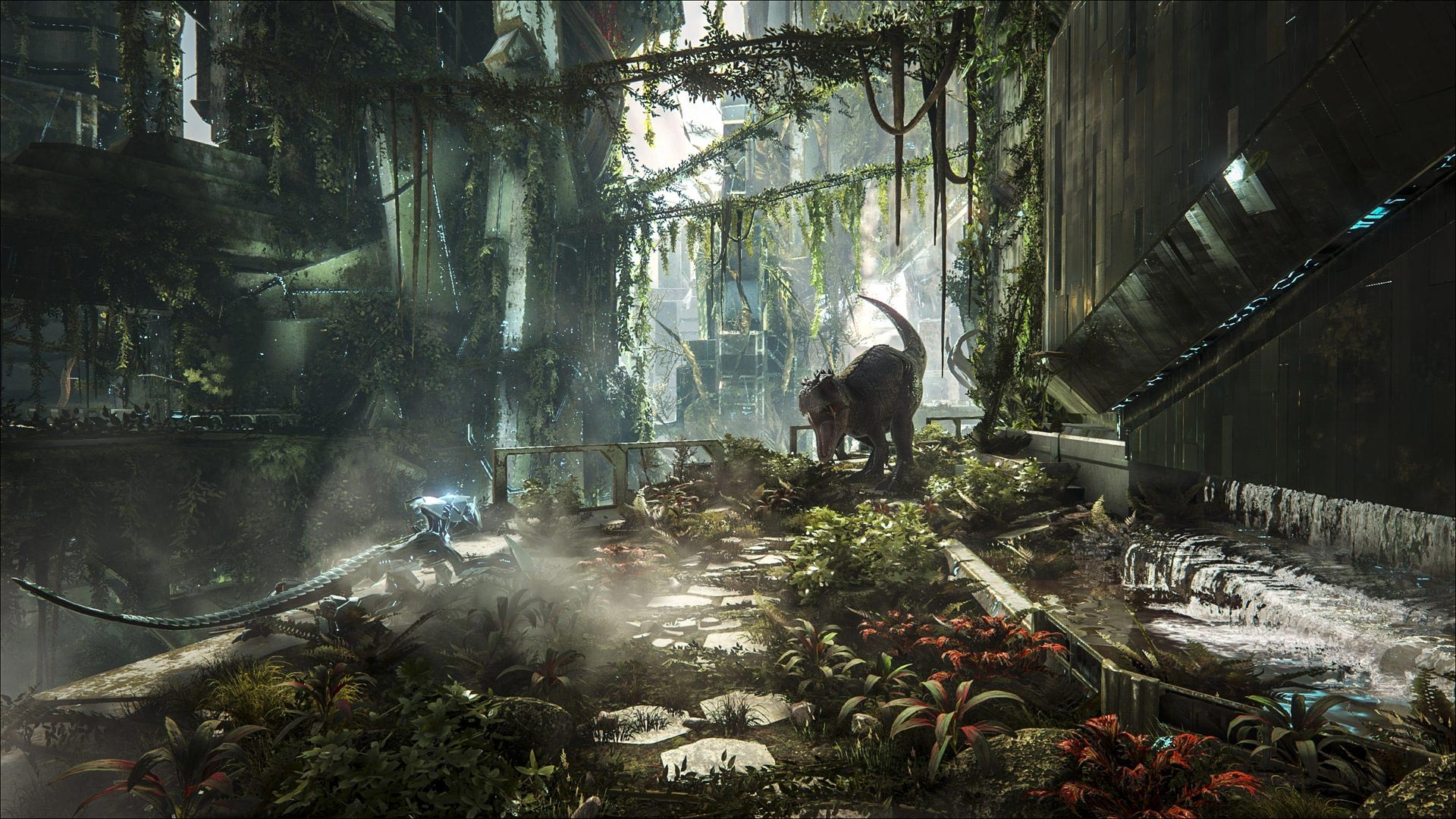 There will also be the appearance of more powerful Tek-themed Dinosaur variants within the ARKs each month! We have already released the first set of these Explorer Notes last Friday which also included the first Extinction related skin ‘Corrupted Helm’ and mighty the Tek Rex.