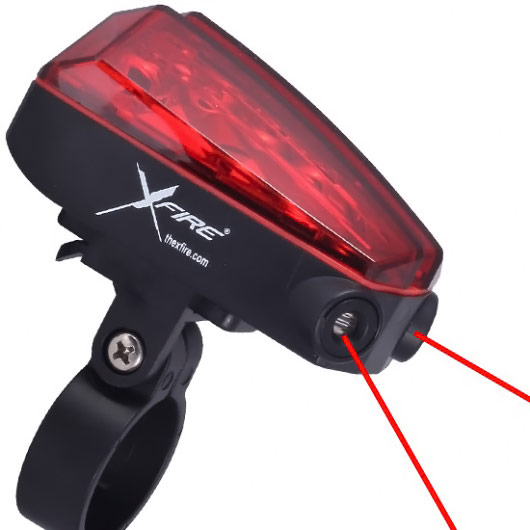 Bicycle lanes don’t exist everywhere and that can make it hard for people to see exactly how much room a bicyclist needs, but the XFire Bike Lane Safety Light lets bike riders create a safety zone anywhere and everywhere they go.

The virtual safety lane is created by a device that mounts onto the bicycle’s seat post that projects two 5-milliwat red lasers onto the ground that extend from the middle of the bike to 6-feet behind the bicycle. It’s intended to be used to create extra visibility during those pre-dawn or dusk bike rides so the laser projections probably aren’t visible under direct sunlight, although they can still be easily seen under headlights and streetlights from over a mile away. Extra visibility is also provided by five red LED’s that act as a standard blinking taillight. 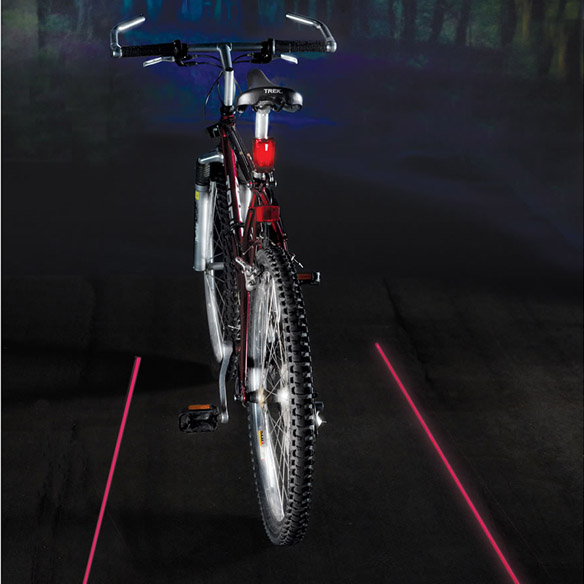 Add a little visibility and safety to your biking excursions with the Cyclist’s Virtual Safety Lane for $39.95 at Hammacher Schlemmer and $19.90 at Amazon.com.

Keep safe on your bicycle at night with the Blazing Skull Bicycle Tail Light With Laser Cannon Lane Markers. This bicycle tail light will not only keep you safe on the road, but it will also look cool on your bike. It features 5 lighting […]

They call it the Bikeglow Safety Light, but you might as well call it the “Bikeglow Party Light”. Sure, you’ve got to take precautions when biking in the dark, i.e. wearing reflective clothing, using a headlight and so on. But that doesn’t mean you have to look and feel […]