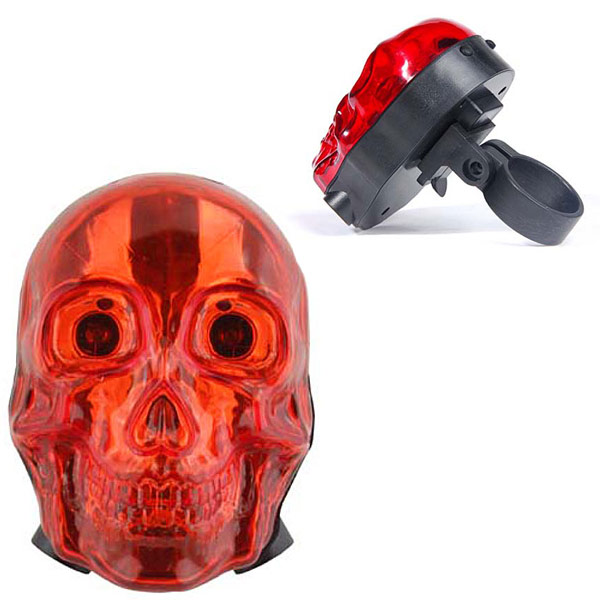 Keep safe on your bicycle at night with the Blazing Skull Bicycle Tail Light With Laser Cannon Lane Markers. This bicycle tail light will not only keep you safe on the road, but it will also look cool on your bike.

It features 5 lighting options and two laser cannon lane markers. Riding at night is dangerous, but this device makes it so that you are highly visible. 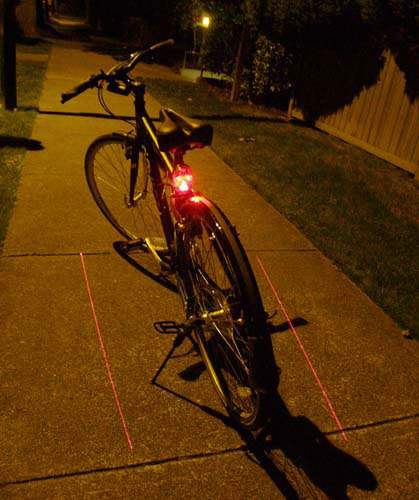 Bicycle lanes don’t exist everywhere and that can make it hard for people to see exactly how much room a bicyclist needs, but the XFire Bike Lane Safety Light lets bike riders create a safety zone anywhere and everywhere they go. The virtual safety lane […]

For those of you who have been enjoying things like the Human Skull USB Drive, the Human Skull MP3 Player Belt Buckle with LEDs and the Glowing USB Human Skull, here’s another morbid gadget to get your hands on: the human skull phone with glowing […]