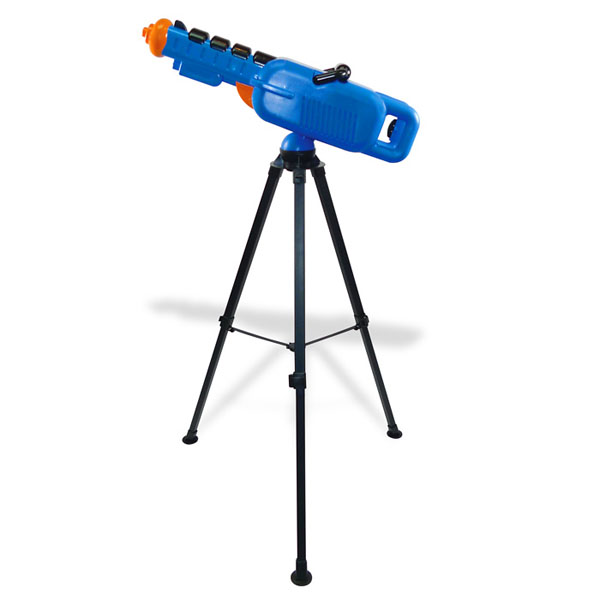 I’m sure you’ve heard of that vengeful expression that goes something like “fight fire with fire.” But if you’re engaged in a full-on snowball fight, sometimes you’ve got to fight it with another form of the substance: water. And what better way is there to drench your opponents (and send them home shivering) than with the Water Cannon?

The Water Cannon is a powerful and amped-up water firing machine that connects directly to your garden hose. It can shoot water to targets up to a hundred feet away, so you don’t have to worry about them getting away. If you feel like playing fair, you could always stick with the Arctic Force Snowball Blaster and Arctic Force Snow Tracball.

But when the fight is on your doorstep you need something a little more powerful to send your opponents packing. That’s where the Water Cannonstands alone. Mounted on a tripod, it’s the world’s first water gun that connects directly to your garden hose. So forget filing up water bottles and tying knots in water bombs. The Water Cannon’s never-ending supply of the wet stuff – and maximum range of 100ft – will guarantee you’ll always be the last one standing.

I know a lot of guys who used to dream of becoming a firefighter when they grew up. Aside from the two or three that volunteer at the local fire station a few days every week, all the others became accountants, engineers, and architects. So […]