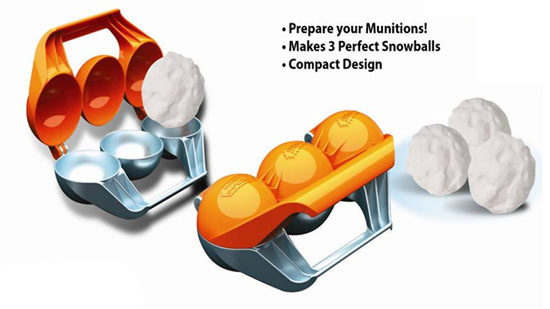 The snow is falling, and we all know what that means: snowball fights! They’re way more fun if you’re battling people you actually know. I remember when my sisters and I were visiting family overseas and were suddenly pelted by a storm of snowballs from some rowdy kids in the neighborhood. Needless to say, we didn’t have the Arctic Force Snowball Maker back then to counter their attack. 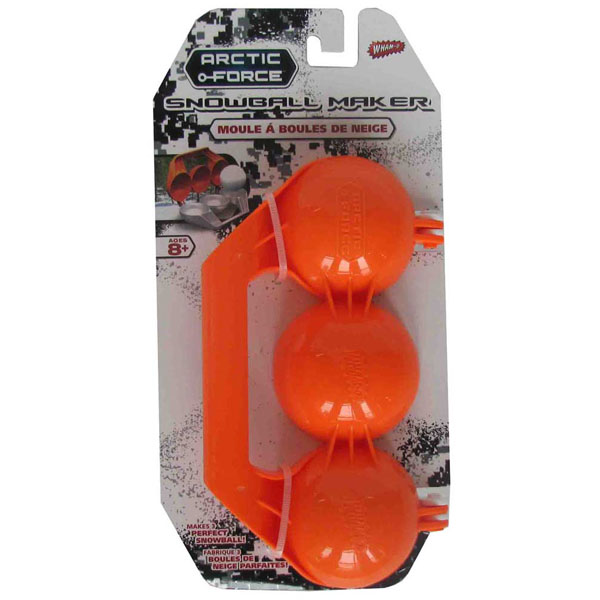 This cracking tool is particularly valuable in the heart of a snowy battle with your mates or family. Things inevitably get a bit feisty and, when they do, you’ll want the Arctic Force Snowball Maker at the ready.

While your opponents will only be able to form one snowball in their cold mits, you’ll have one at the ready and two in reserve – that’s three times the ammunition. And it’s not just a numerical advantage you’ll have either… Your snowballs will be perfectly spherical, so you’ll have quality and quantity! This essential winter tool is small enough to carry with you, wherever the battle takes you, so you’ll always have the upper hand in snowball fights.

The Arctic Force Snowball Maker is available at Amazon.co.uk from £4.95 and at Amazon.com from $2.74.

Snow forts are awesome. I used to build some really cool igloos in winter and it was a lot of fun. So I know that your kids will love this Aviva Sports Arctic Bunker. This inflatable snow fort is made of tough cold crack resistant […]