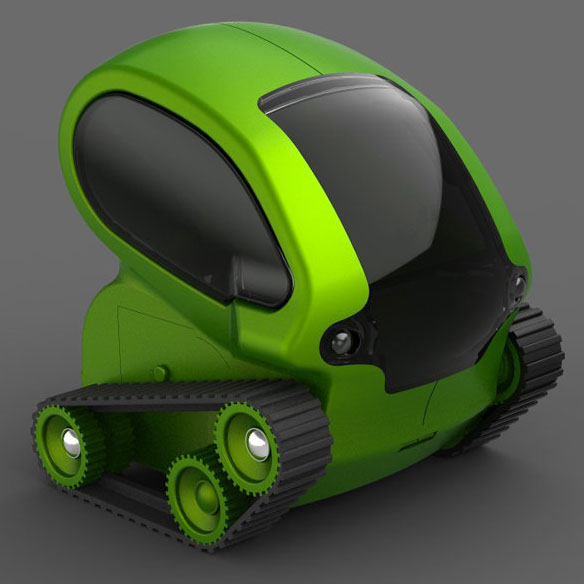 Desk Pets International (HK) Limited just announced that they are launching a new Special Edition TankBot that will be available exclusively at Brookstone stores. This special edition model comes with a “battle mode” which allows you to battle other tanks via the infrared light.

TankBots were named winner of Popular Science’s Best of Toy Fair 2011 for good reason. They are fully controllable by your Apple iOS or Android mobile device and come equipped with three interactive modes allowing for hours of office or home time enjoyment. 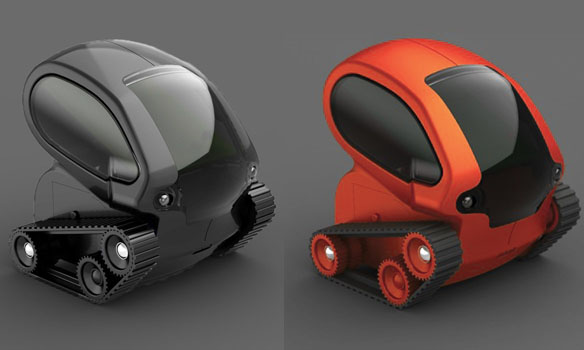 Tankbots are more than just robots—they’re home robots with technology that’s sure to wow. Every bot has special sensors that detect obstacles to navigate their way out of a maze. Watch them move around corners, advance along their path and stop if something gets in their way.

When not magically escaping any maze set up, you can enjoy the “Autonomous Personality Mode” to see how it interacts with its light-up eyes and sounds. Tankbots “fire” infrared shots at each other and the sensors detect when they’ve been hit. After enough shots, the champion disables the loser. Their durable tank-tread wheels keep them rolling on the “battlefield” and off.

The all new Special Edition TankBots are available in red, blue, green, and charcoal only at Brookstone for $24.99.

Remember the days of playing in a sandbox and building sandcastles at the beach? You can relive those happy times with Sand by Brookstone, and no sandbox or trips to the beach are required. You might wonder if there’s any reason to spend money on […]

With Desk Pet USB Tankbots you can control a robot with your iPhone or Android phone and it will navigate a maze all by itself in automatic mode. That means that all of that clutter on your desk can finally be put to good use. […]

Gravity Maze is a fun game where the idea is to build a path that will carry a marble from the start position to the target tower. Sounds easy, but it is pretty challenging. The game teaches the real world physics. You will use the […]

This radio-controlled car allows you to “paint” its path using a handheld infrared tracker – a feature that brought a lot of attention when the toy was displayed at the Hong Kong Toy Fair earlier this year.