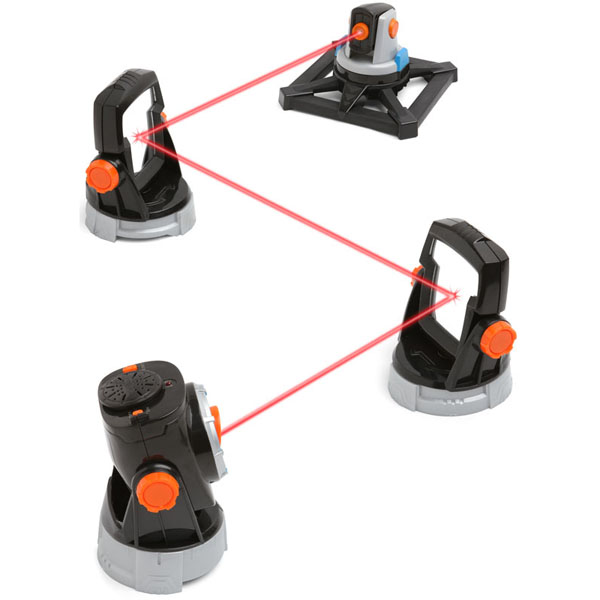 You’ve seen those television shows and movies where the heroes rush into a vault, only to find that it’s been equipped with some sort of laser security system that will alert authorities (or cause some other form of response that’s often violent) once the laser beam is interrupted. Now you can create your own laser security measure with the SpyNet Laser Trip Wire.

The entire SpyNet Laser Trip Wire set comes with a laser unit, a receiver, and two mirror units that you can use to reflect the laser off to create a zig or a zag. It is, overall, a fun way to safeguard your stuff, especially when you have to leave them out in the open. But if you don’t have to, we recommend something like the Electrical Outlet Hidden Wall Safe or the Portable Biometric Fingerprint Safe. 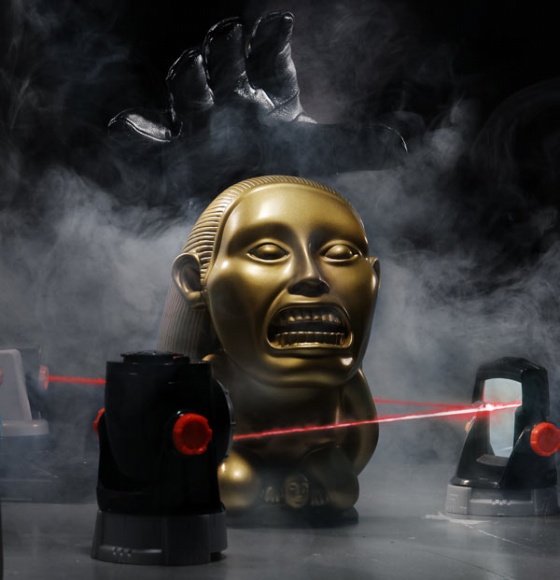 What you get with each SpyNet Laser Trip Wire is 4 pieces of defensive office security. The Laser Unit sends out a class 1 laser. When it connects to the Receiver Unit (also the part with the alarm), a beam of light is created; cross it and the alarm sounds. But just one line isn’t fun! So, use the two Mirror Units to shape the laser beam around whatever you need to protect.

The SpyNet Laser Trip Wire is available from ThinkGeek for $39.99.

Designer Jaehyung Hong has come up with yet another useful product idea. The subtle “Wire Button” is attached to the button of your shirt and will take care of any annoying tangling headphone cords from your MP3 player. More pictures and info about the Wire […]