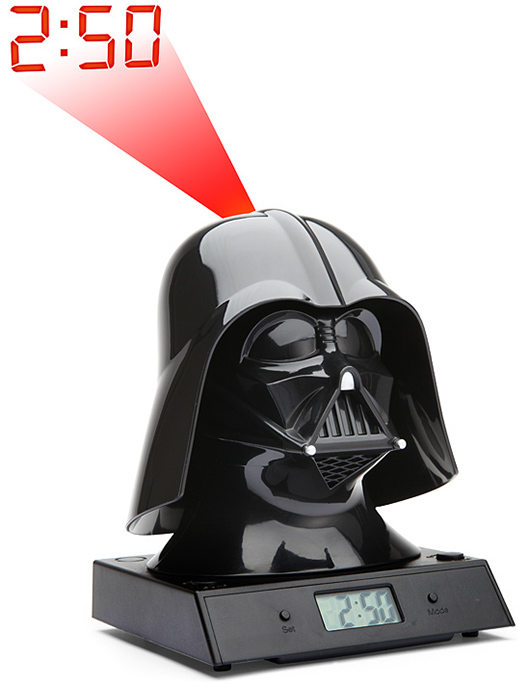 Star Wars fans with a taste for the Dark Side need to check out this Darth Vader Projection Alarm Clock. It is very cool, although I’ll admit my preference for the R2-D2 Projector Alarm Clock from a while back.

This alarm clock, in the shape of Darth Vader’s head, stands about 6 inches tall and can project the time onto a wall or the ceiling. The creepiest feature is that it can be set to wake you to the evil sound of Darth Vader’s mechanical breathing. 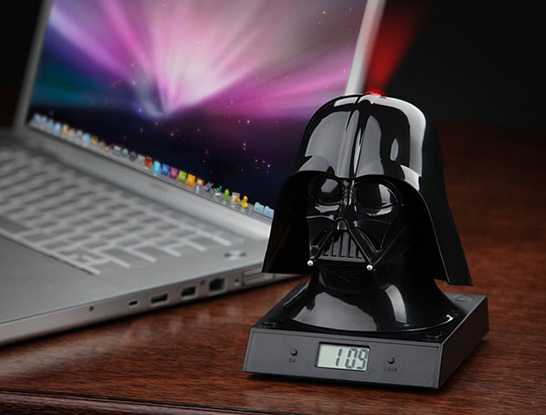 Order the Darth Vader Projection Alarm Clock for $39.99 from ThinkGeek.

Wesco Limited, a toy manufacturer in Cheshire, England, will later this year release release a projection alarm clock in the shape of the popular Star Wars R2-D2 character. Artoo will be able to tell you the current time in two ways; with large red digits […]

If you prefer to have the current time displayed to you the digital way (and with a touch of Star Wars, of course) instead of analog, as with the Darth Vader Wall Clock with Sound Effects, this new shadow alarm clock might be just the […]

It’s tough to wake up in the morning. If anyone can motivate you, it is Darth Vader. This Star Wars Darth Vader Alarm Clock will wake you up to face your day. If the Lord of the Sith can’t wake you up, nobody can. This […]