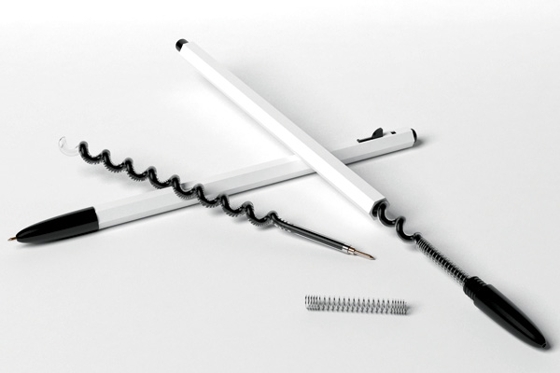 Let’s save the earth one pen at a time, shall we? At least that’s the idea behind the T&T Pen-ink Chamber that was designed by Han Chi-hoon, Kim Yeon-soo, Park Byong-gon & Kim Sung-geun as their official entry to the iF Concept Design competition.

You probably already gathered that the T&T Pen is still a concept design for now, but it’s a pretty good idea, don’t you think? More ink sprung around (pardon the pun) and crammed into the same amount of space that your average pen would take. 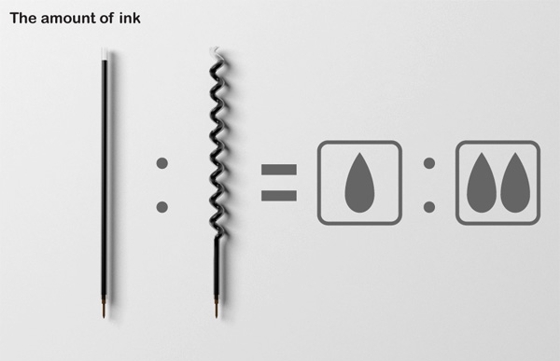 This means that you’ll probably throw out your pens less frequently with these in your pocket. 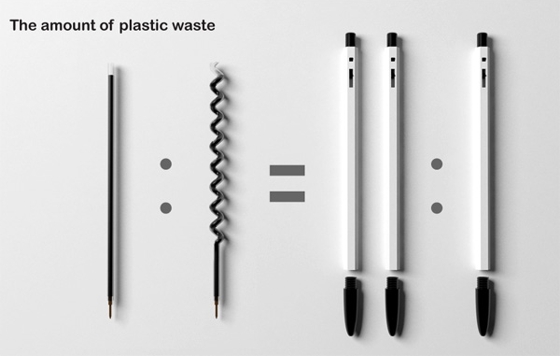 What do you think? Are these T&T pen-ink chambers a good idea? Maybe we’ll see these pens through to production if those guys bag first place at the competition.

Whoever is in the think tank of Fred & Friends has hit the multi-tasking nail on the head with this set of Dine Ink Pen Cap Utensils. Taking after the classic Bic ball-point pens we know and love, the pens in this set come with […]

The .375 Caliber Bullet Space Pen not only looks really cool, it has some special features usually found only on very expensive pens.  The cap of the pen is made from an authentic H&H .375 magnum shell and this pen can write underwater, upside down […]

True Whovians love the goodies and gadgets associated with the quirky Time Lord but the best Doctor Who swag does more than just look cool; it’s useful too. The 11th Doctor’s Diecast Sonic Screwdriver nabs the most useful prize by being an actual screwdriver but […]

I have always been fascinated with the feather pens that people from the olden times used to write with. I think what makes the thought more romantic, in a sense, is because it’s what people from the Victorian era are portrayed as using in paintings […]