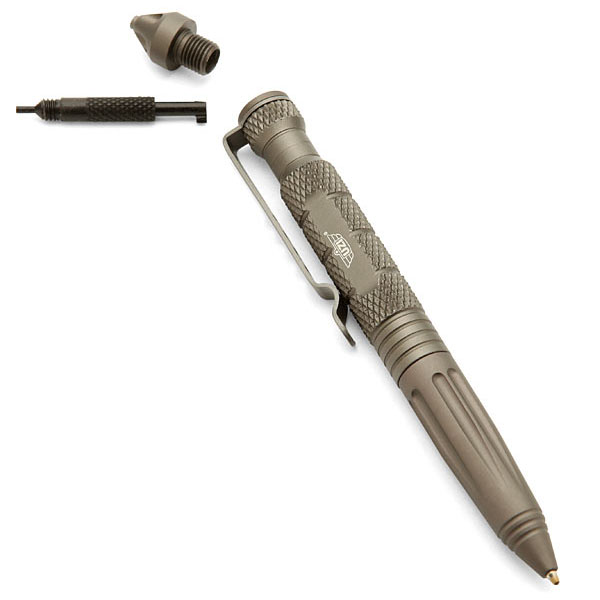 If you’re a survivalist that appreciates safety or someone that just likes just cool gadgets, the Uzi Tactical Defender Pen is sure to catch your eye. Made from aircraft aluminum, this pen can be used for a lot more than just note taking…which it can do upside down and underwater.

The tactical pen features a concealed handcuff key that is great for those unique situations that some of us tend to find ourselves in and the crown of the pen can be used to break a glass window if you’re trapped in a car. The sturdy pen could also be used as a last-resort stabbing weapon if you were ever put in a life threatening situation. 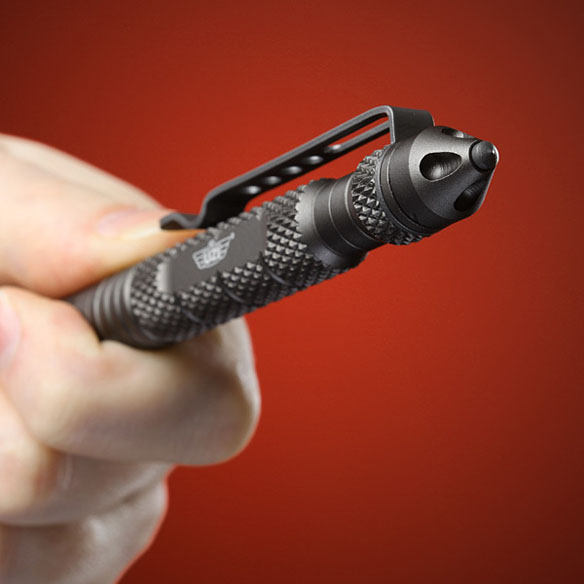 The Uzi Tactical Pen turns a mere pen into a lifesaving tool. The DNA Catcher on the crown of the pen is very sharp and can be used to deliver a very nasty jab to an attacker, causing extreme pain and giving you a sample of their DNA to use when you go to the police. Not expecting to get attacked? The crown also doubles as a glass breaker if you ever get trapped in your vehicle… If things get really bad, you can always rely on the hidden handcuff key inside the top of this pen. 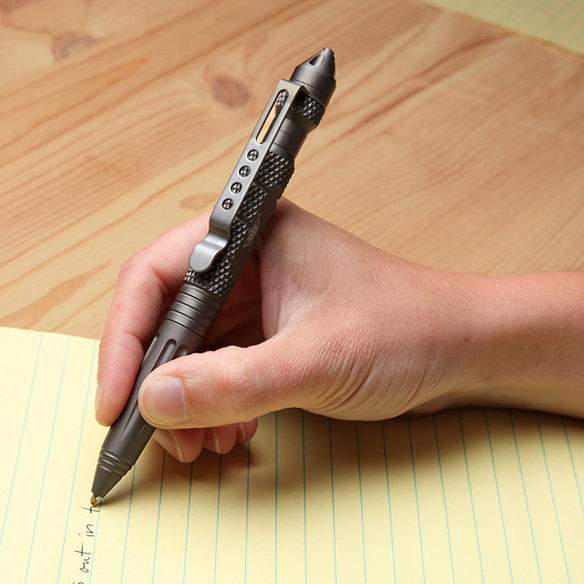 The Uzi Tactical Defender Pen is available at ThinkGeek for $24.99 and would go nicely with the Tactical M4 Battle Mug.

This UZI Tactical Pen with Glassbreaker Tip will help you write your next masterpiece and also help you escape from your car should you ever be sinking in a lake. This pen is gun metal colored, made of aircraft aluminum with has a glassbreaker tip. […]

When it comes to water guns, the person with the fastest trigger usually has an advantage, and the Saturator Uzi will make sure your competition is all wet when they face the blistering onslaught of 4 blasts a second. With this mean H2O machine in […]

We’ve seen the nature shows on the tele, or maybe even on IMAX flicks, informing us on how spiders are actually our little buddies and not as villainous as they appear. But in the heat of the moment, when one little eight-legged critter suddenly scurries along the wall, something primitive in […]

If you’re looking for something to help defend yourself from zombies and rapscallions and also have the desire to write about your experiences afterwards (that is, if you live to talk to about it), then you absolutely need to get the Bolt Action Tactical Pen. Kidding […]