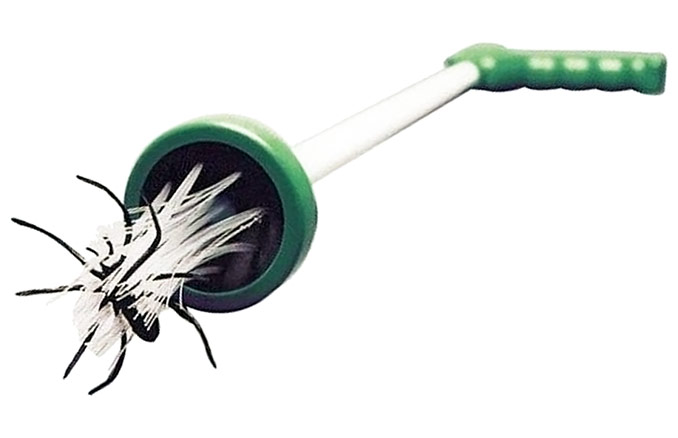 We’ve seen the nature shows on the tele, or maybe even on IMAX flicks, informing us on how spiders are actually our little buddies and not as villainous as they appear. But in the heat of the moment, when one little eight-legged critter suddenly scurries along the wall, something primitive in us takes over and tells us to banish the spider to the depths of h-e-double hockey sticks. Whatever it takes, be it the new Sports Illustrated swimsuit issue, a comic book, a flip flop, or the nearest thing with the largest surface area, that bugger must be squashed! And then after going off on an aerobic whacking rampage on the spider, the residual guilt sets in and is unbearable.

Poor Charlotte, who has been trapping and eating flies, mosquitoes and Drosophila melanogasters for months, all the while giving farm animals wise advise on the side, is dead. We have thoughts of, “What have I done?” and, “I am a terrible human being.” And then the cycle repeats itself to no end, and before you know it you fall into the category of ‘serial insect killer.’ It’s time to end the cycle with the humane Spider Catcher tool.

Think of it as a corporate relocater rather than a weapon. Take the Spider Catcher by the handle and gently place the bristles dead center on the spider, and then say, “You’re fired.” Then determine the spider’s next place of employment, perhaps the garden or the lawn, release the trigger and off it goes beginning life anew. It’s a win-win situation. The Spider Catcher’s long arm means that you don’t have to touch the dang thing, and the bristles are so gentle that if you want to send a butterfly to a different department, it won’t be harmed.

Change the world little by little. Get one for your mom for Mother’s Day, one for yourself and then one for anyone else you know who screams like a girl at the sight of a spider. Whoever gets one will feel very empowered and kind. Spider Catchers are available at Gizoo for £9.95. (Update 2018: Gizoo.co.uk is closed, so the link is removed. This item is current available at Amazon and Walmart.

If you’ve weaned yourself from killing spiders but can’t give up killing bugs cold turkey, you’d probably like the Delete Button Flyswatter. Houseflies don’t do much for us anyway.

In addition to the new Halloween Legos we already told you about, there is another budget set available new for Halloween 2011, the Lego Spiders Set #40021. This set includes 54 pieces and allows you to build a large spider and a small spider. Build […]

If you thought the App Control Desk Pets would make an awesome addition to your office desk, then you’d probably also like the Hexbug Spider. Of course, it’s a whole lot creepier and can’t remotely turn your smartphone on for you, but you could use it […]

The Fly Catcher ($40) is your saver when you are fed up with flies (like there’s a time when you’re not). This plastic plant will simply lure them into its “mouth”, chew them up and re-open with a burp. Check out the video demonstration of […]

A lot of people fall flat on their faces and sustain serious injuries while they’re trying to wash their feet in the shower. I’ve had my moments in shower where I had to hold on for dear life on the door handle in mid-slip. To […]

Wear a little comic book history with the Batman Killing Joke Bomber Jacket. In addition to being a stylish jacket that will drive plenty of people crazy with envy, this bit of Batman goodness also recognizes The Killing Joke, one of the most iconic comics […]

If you go to the gym regularly, then you might have noticed a foul odor slowly emanating from your gym bag. It’s a musty, annoying smell–most likely as a result of carrying damp stuff around in your bag. We all know that an enclosed space […]

One thing I enjoy doing is riding my bike to the outskirts of town with some serene and peaceful music just playing on my iPod. I find that the iMusic Speaker Hat is great for listening to some beats while you’re on the go. But […]