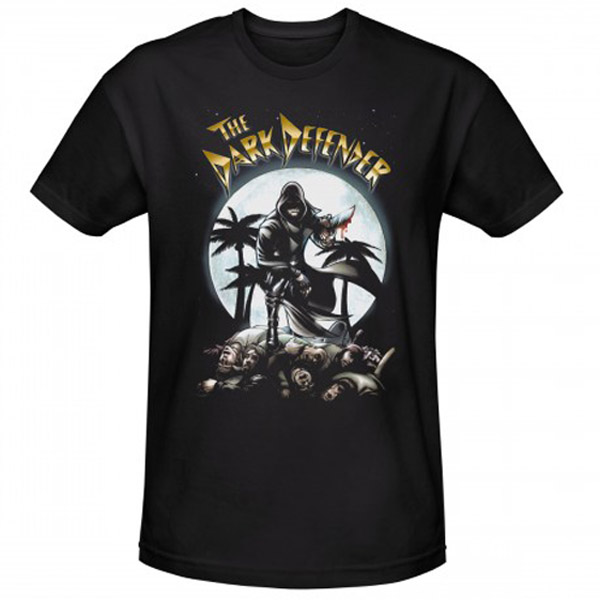 Fans of the popular Showtime series will probably recognize the Dark Defender from his appearance in the fifth episode of the second season, which happened to revolve around a crime scene in a comic book store, where Dexter learns that his fight against crime has spawned the Dark Defender character.

Even if you’re not a Dexter fan, this is a great shirt for anyone that likes comic book heroes who don’t mind getting a little messy every now and then.

Satisfy your own Dark Passenger with the Dexter Dark Defender Graphic T-Shirt for $24.95 at the Showtime Store.