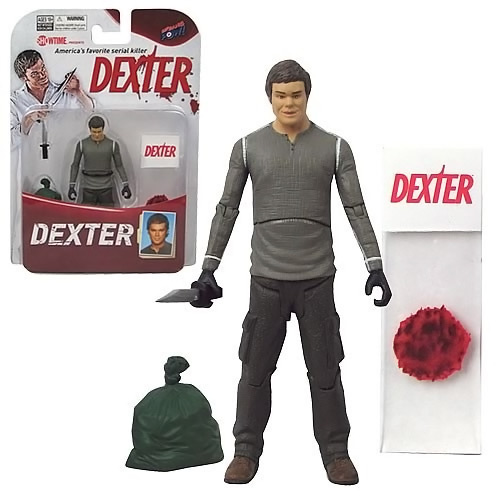 There are two different Dexter Action Figures available, and both of them are pretty cool. Both Dexter action figures are also very detailed and come with cool accessories.

The first Dexter action figure has our favorite serial killer dressed in his Kill Shirt that he wears when he is out on the hunt. It features 10 points of articulation, and comes with a knife and trash bag. It also comes with a collectible blood slide, reminiscent of those Dexter Coasters.

The second Dexter action figure has him dressed in his jumpsuit and apron that he wears during the kill and dismemberment. It comes complete with the welding mask visor he wears and a hand saw for hacking the body into pieces. It also comes with a collectible Dexter blood slide. 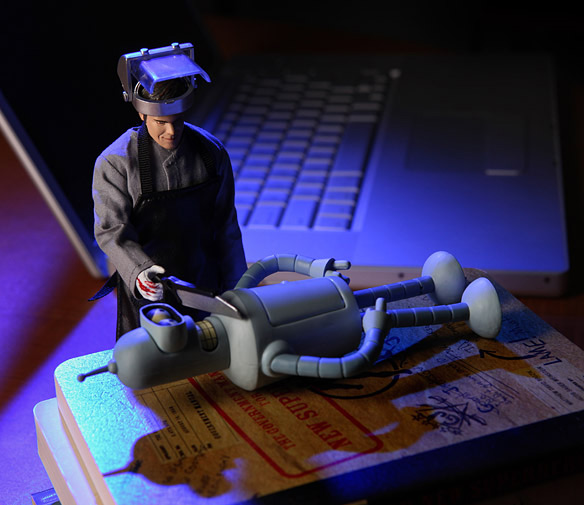 The Dexter 7″ Action Figure features serial killer / blood spatter analyst Dexter in his jumpsuit and black apron. He’s honing his craft in Miami, the city where only about 20% of murders get solved. Viva Miami! We love the little details on this figure: the way his face mask can be worn down or up, the little saw that fits perfectly in his hand, and the blood stains on his apron and gloves. 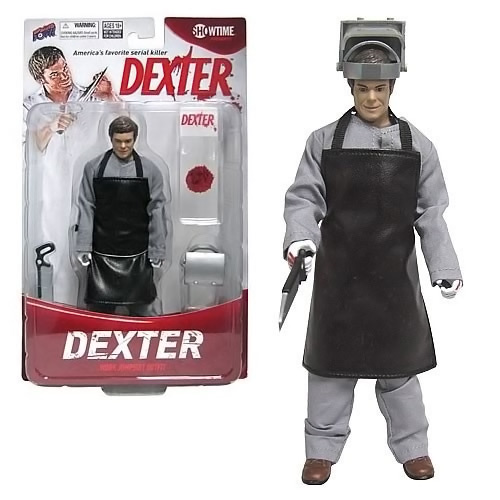 Dexter won’t let anyone or anything stop his vengeance on serial killers. Based on the hit Showtime TV series Dexter, this remarkable 7-inch action figure gives the good-guy/bad-guy a new look! In order to stay neat and tidy during his ‘extracurricular activities,’ Dexter is dressed in cloth scrubs and cloth apron, and he comes with a handsaw and welder’s mask that features a flip-down visor.