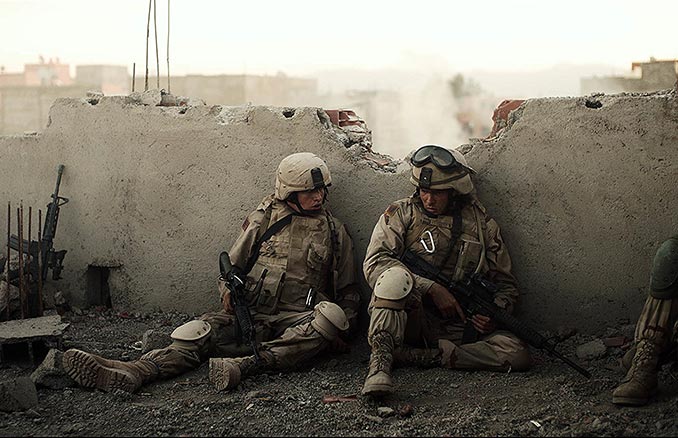 If you’re into gritty, raw war movies, you’ll want to check out the The Yellow Birds Official Trailer. The movie stars Alden Ehrenreich (Han Solo in the upcoming Solo Movie) and Tye Sheridan (Parzival / Wade Owen Watts in the recent Ready Player One Movie) as young soldiers Brandon Bartle and Daniel Murphy trying to stay alive in a harrowing battle in Iraq. There are plenty of other recognizable names in The Yellow Birds including Jennifer Aniston, Toni Collette, and Jason Patric.

The film is based on The Yellow Birds: A Novel by Kevin Powers, a National Book Award Finalist. If you want to read the book before watching the movie, you can get it at Barnes & Noble, Walmart, Amazon, Target, iTunes, and Google Books.