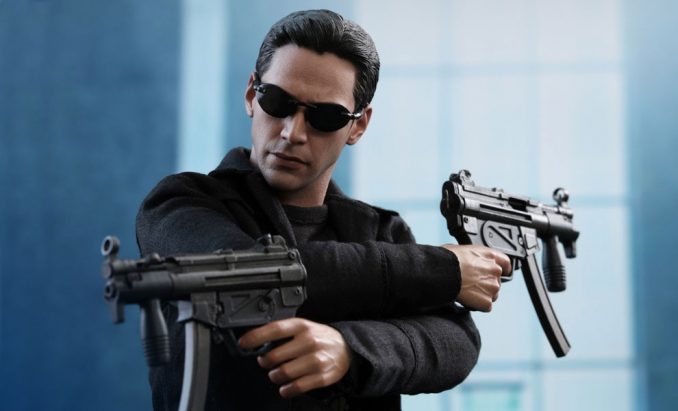 The Matrix wasn’t just popular with science fiction geeks, it was a huge hit that did over $460 million at the box office and won four Academy Awards. Fans will love this Neo Sixth Scale Figure from Hot Toys, with its incredible detail and authenticity.

Browse the image gallery below, and you’ll see that this 1/6 scale figure looks just like Keanu Reeves portrayal of Neo in the movie, down to his facial expression. It is approximately 12.5″ (32cm) tall and features a specialized body with 30 points of articulation. As you can see in the picture gallery below, this figure can be posed in many ways to recreate scenes from the movie.

The Matrix Neo Sixth Scale Figure is also loaded with costumes, weapons, and accessories so that you can recreate the look from almost any scene. There are 8 different hands (4 pairs), a long coat, pants, belt, shirt, shoulder holsters,  gun strap, boots, sunglasses, and a duffle bag. Weapons include a pair of assault rifles, a pair of pistols, and three pairs of submachine guns. It also comes with a specially designed dynamic figure base with The Matrix logo and Neo nameplate. 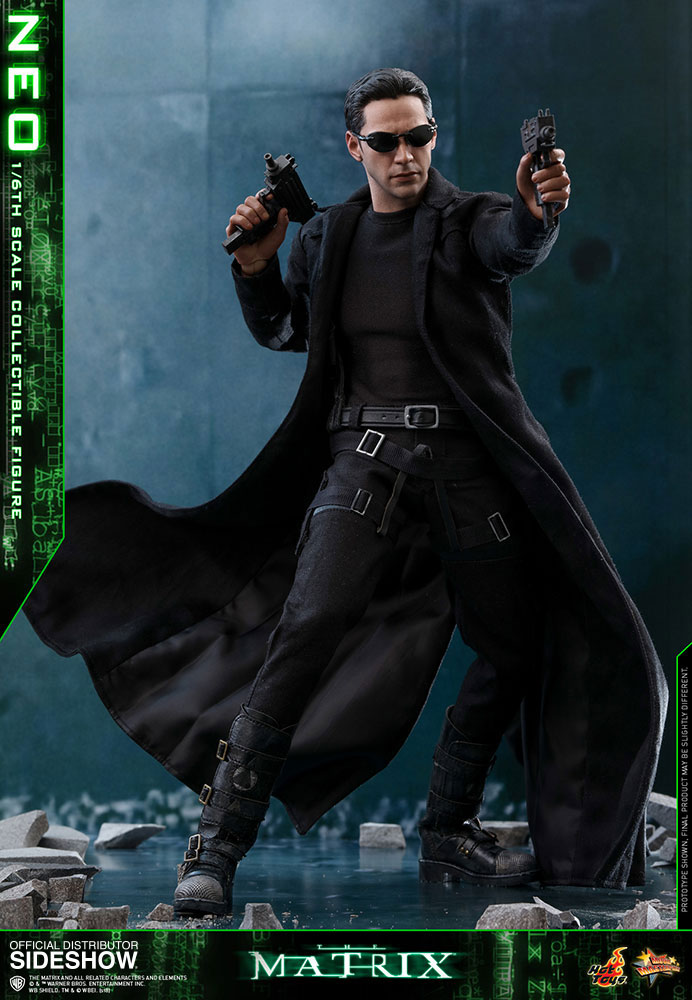 In the binary world with one and zero codes, are you a zero, or The One? The legendary and widely acclaimed Sci-Fi blockbuster The Matrix has created a tremendous impact on cinema and pop-culture with its concepts and characters. Portrayed by the renowned actor Keanu Reeves and ranked as one of the greatest movie characters of all time, Neo is foretold by the prophecy to be “The One” who can put an end to the war between humans and machines and free humanity.

Welcome to the Real World. Forge your love for this monumental Sci-Fi blockbuster by adding this incredible 1/6th scale Neo collectible figure to your collection, this is an offer you definitely shouldn’t pass up!

This Neo Sixth Scale Figure is available from Sideshow, where it costs $235.

For Your Consideration: Keanu Reeves Book

Whether you like Keanu Reeves best when he’s starring in a hit movie or eating lunch alone in the park while looking very sad, you’ll enjoy reading For Your Consideration: Keanu Reeves Book. It’s 142 pages of interesting knowledge and goofy fun about this star […]

Jurassic Park wasn’t the only high definition release today; The Matrix Was Released on 4K Ultra HD as well. While some 4K releases are low quality because they are basically just upsampled versions of the Blu-ray, The Matrix 4K UHD is the real deal—it is […]

It doesn’t matter if you take the red pill or the blue pill because The Matrix Pop! Vinyl Figures let you join Neo, Trinity, Morpheus, and Agent Smith in their battle over cyberspace. No one can be told what the Matrix is but these Funko […]