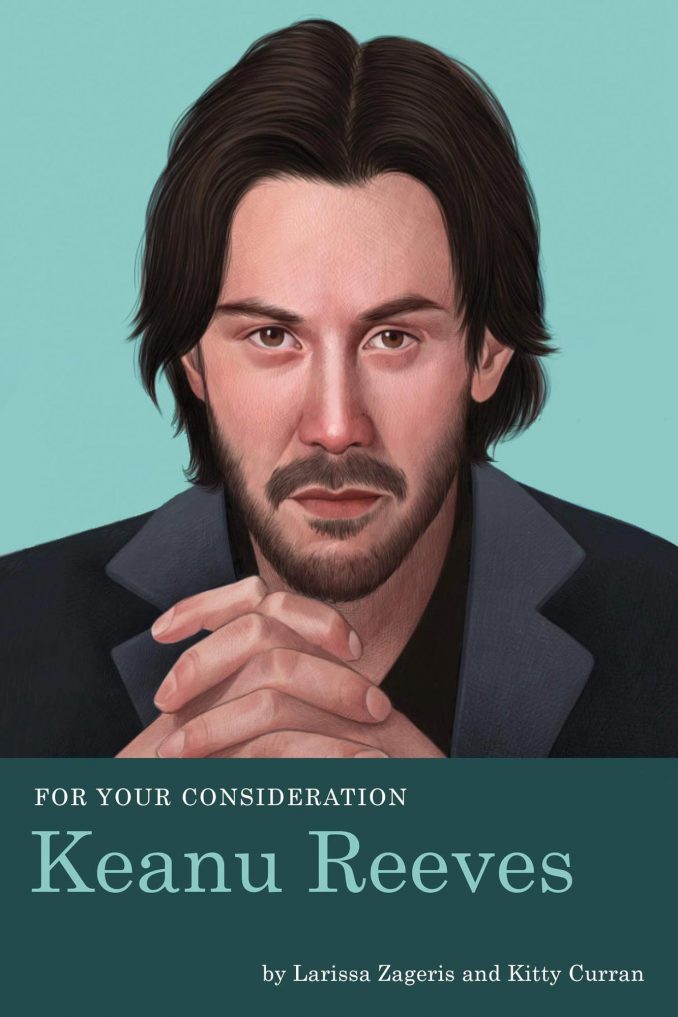 Whether you like Keanu Reeves best when he’s starring in a hit movie or eating lunch alone in the park while looking very sad, you’ll enjoy reading For Your Consideration: Keanu Reeves Book. It’s 142 pages of interesting knowledge and goofy fun about this star who is well respected for his acting and as a person.

While not every movie he was in was a hit with critics and audiences, he has been in many major hits lie The Matrix, John Wick, Speed, Point Break, and Bill & Ted’s Excellent Adventure. He’s also in some popular memes and famous for being an all-around cool dude.

For an actor who’s been in so many mega-hits and equally mega misses, it can be tough to track Keanu Reeves’s accomplishments. But true fans know that Keanu is so much more than his Bill and Ted persona, both onscreen and off. During his long career—over 30 years, though you wouldn’t know it from his immortal looks—he has constantly subverted Hollywood stereotypes and expectations. He’s the type to start his own publishing company, reread Hamlet, write a grown-up children’s book, photobomb people’s weddings, eat lunch alone in the park while looking very sad, and give away his salary to the film crew.

For Your Consideration: Keanu Reeves examines the ways in which Keanu strives to be kind and excellent in work and in life. The authors also explore various Internet conspiracies about his age, help you identify which Sad Keanu meme you are, give you the Keanu and Winona Ryder fanfic your heart desires, and much, much more.

For Your Consideration: Keanu Reeves is available at Amazon, Barnes & Noble, and Target.

The only thing more fun than reading all about the ship that made the Kessel Run in less than twelve parsecs is building your own model of it, and you can do both with the Star Wars: Millennium Falcon Book and Mega Model. Once constructed, […]

Summer means more dining al fresco under a blue sky. But you don’t want lunches packed in a lifeless, brown lunch bag or a plastic grocery bag. Lunch would look and taste better packed in the svelte Ojue Lunch Box.

Everybody loves the Smurfs, some people even more than Gargamel.  You remember Papa Smurf, Lazy Smurf, Grouchy Smurf, Brainy Smurf and of course Smurfette.  Just in case you’ve forgotten about them, here is the Smurfette Lunch Box to refresh your memory.  It’s all coming back […]

Though they’re ultra convenient, pre-packaged snacks and plastic disposables are starting to be frowned upon in many schools and organizations. It’s sort of a dismal time for goodies like pudding cups, Lunchables, and juice boxes; all stuff I thought meant eating like royalty back in the days. According to the latest, […]