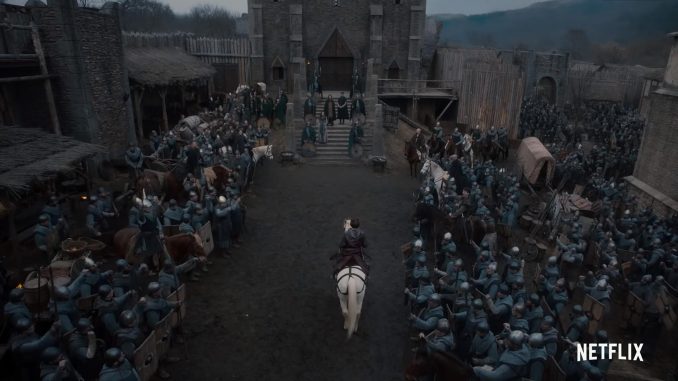 It’s coming to Netflix on November 19, 2018, but you can get a sneak peek now with the just released, The Last Kingdom: Season 3 – Official Trailer.

Based on Bernard Cornwell’s The Saxon Stories series of novels, The Last Kingdom is a British historical fiction television series set in England during the late 9th century. If you like Viking and Game of Thrones, you may also enjoy this TV show. It stars Alexander Dreymon Uhtred of Bebbanburg, David Dawson as King Alfred, Simon Kunz as Odda the Elder, Tobias Santelmann as Ragnar the Younger, Eliza Butterworth as Aelswith, Ian Hart as Beocca, and Harry McEntire as Aethelwold.

The Last Kingdom, based on Bernard Cornwell’s best-selling books, follows warrior and hero Uhtred as he seeks to reclaim his birthright – his ancestral lands of Bebbanburg. Season 3 arrives November 19th.

Watch Marvel’s Daredevil: Season 3 Official Trailer for a taste of what to expect when the new season drops on Netflix on October 19th, 2018. This season features Daredevil’s archenemy The Kingpin, Wilson Fisk, (played by Vincent D’Onofrio) is released from prison and seeks revenge […]

Watch the Marvel Iron Fist: Season 2 – Official Trailer to preview what the new season will bring when it premieres on Netflix on September 7, 2018. Set in the Marvel Cinematic Universe (MCU), season two of Iron Fist stars Finn Jones (Danny Rand / […]