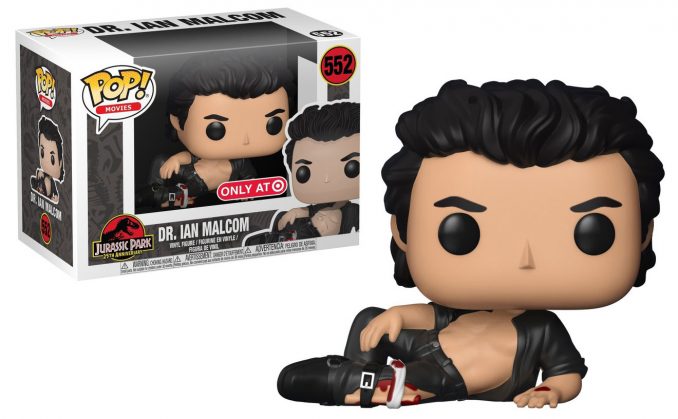 Jeff Goldblum is too sexy for his shirt as the Jurassic Park Dr. Ian Malcolm Wounded Pop! Vinyl Figure strikes a classic pose.

The black-clad, smooth-talking Ian Malcolm unleashes his own version of the chaos theory after getting just a little injured in the first film of the Jurassic Park franchise… but at least he didn’t get eaten while sitting on the toilet so things could always be worse.

For a more clothed look, you might also be interested in the Jurassic Park Dr. Ian Malcolm Pop! Vinyl Figure, and of course you can always start your day the right way by drinking your morning coffee in the Jeff Goldblum Ian Malcolm Mug.

You don’t need to know the magic word or have mad hacker skills to get your hands on the Jurassic Park Dennis Nedry and Dilophosaurus Goo-Splattered Pop! Vinyl Figure 2-Pack. Poor John Hammond. He just wanted to entertain people with giant dinosaurs. Instead, he created […]