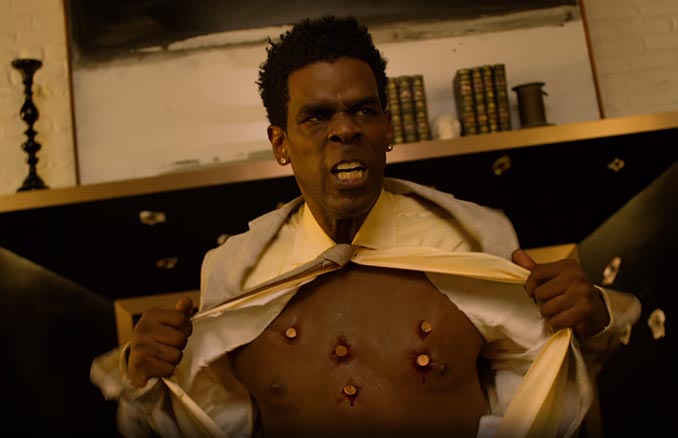 Netflix just released the Marvel Luke Cage Season 2 Official Trailer #2, with the debut for streaming the new episodes just 10 days away. Unlike the first Luke Cage Season 2 Trailer, this one focuses on Mariah Dillard, who wants to be its queen. Mariah Dillard is played by Alfre Woodard and Luke Cage is played by Mike Colter. Season 2 also stars Simone Missick as Misty Knight, Theo Rossi as Shades, Justin Swain as Bailey, and Jeremiah Craft as D.W. Griffith.

Harlem can only handle one devil at a time.

Luke may be Harlem’s hero, but Mariah Dillard wants to be its queen — whatever the cost. But first, she’ll have to face ghosts from her past.

The unbreakable hero of Netflix is here with the Marvel Gallery Luke Cage Statue. There’s no yellow shirts or silver headbands here because this hero with the skin like steel is based on Mike Colter’s portrayal of the Marvel defender in Netflix’s series, Luke Cage. […]