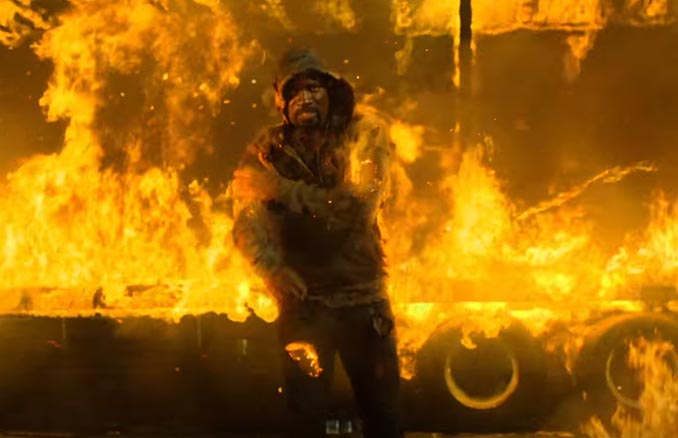 Marvel’s Luke Cage stars Mike Colter as the titular character, an ex-con with superhuman strength and unbreakable skin that fights crime and corruption while trying to clear his name in the Harlem neighborhood of New York City.

Luke Cage is back.

After clearing his name, Luke Cage has become a celebrity on the streets of Harlem with a reputation as bulletproof as his skin. But being so visible has only increased his need to protect the community and find the limits of who he can and can’t save. With the rise of a formidable new foe, Luke is forced to confront the fine line that separates a hero from a villain.

It’s been a while since we introduced you to the Bulletproof Polo Shirt and Bulletproof Clipboard. Now comes the Bulletproof Ballistic Backpack, which is much more practical. Not only is it relatively inexpensive, but if you’re a student it is something you often have close […]

The unbreakable hero of Netflix is here with the Marvel Gallery Luke Cage Statue. There’s no yellow shirts or silver headbands here because this hero with the skin like steel is based on Mike Colter’s portrayal of the Marvel defender in Netflix’s series, Luke Cage. […]

The worth of human lives is immeasurable. If you live the high life and feel like you have some enemies on the side that might be out to get you, then you probably need something like this Bulletproof Men’s Polo Shirt. All jokes aside, this […]

Looking for that ultra tough USB flash drive to protect your vital information.  The i-Disk Bulletproof USB Flash Drive is just what you are looking for.  This flash drive is not only good looking, but it is resistant to water, fire and is very durable.  […]