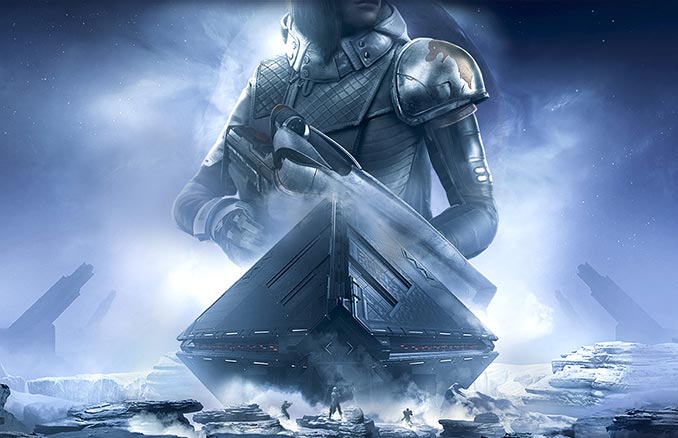 Watch the Destiny 2 Expansion II: Warmind Launch Trailer to see incredible gameplay footage and learn about the new features in the latest content add-on. Warmind allows you to continue your guardian’s adventure with brand new story missions, destinations, and activities. Explore Hellas Basin on Mars, battle against Grasp of Nokris, and discover the secrets of Braytech Futurescape.

Destiny 2 Warmind features an all-new ritual activity, Escalation Protocol, where you fight your way through escalating waves of Hive to redeem new rewards each week. There are new strikes: Strange Terrain and Will of the Thousands, as well as a powerful new relic weapon, the Valkyrie. There are also new themed weapons, armor, and gear to earn.

Destiny 2 Expansion II: Warmind continues your Guardian’s journey with an all-new story. Ana Bray, a Guardian long thought lost, searches for a connection to her past…one that could be lost forever on the polar ice caps of Mars. As Golden Age warsats begin slamming into the ice, the glaciers begin to thaw, revealing the core of the Warmind Rasputin – and an ancient Hive army bent on its destruction. Now free, the Hive swarm in service to their god Xol. Help Ana discover her past and destroy the Hive’s gargantuan worm-god before it is too late.

Check out this Destiny 2 Warmind image gallery for more highlights of this new DLC.

If you don’t already own Destiny 2, you can currently buy it for Windows, PlayStation 4, or Xbox One for just $9.99 at Best Buy!