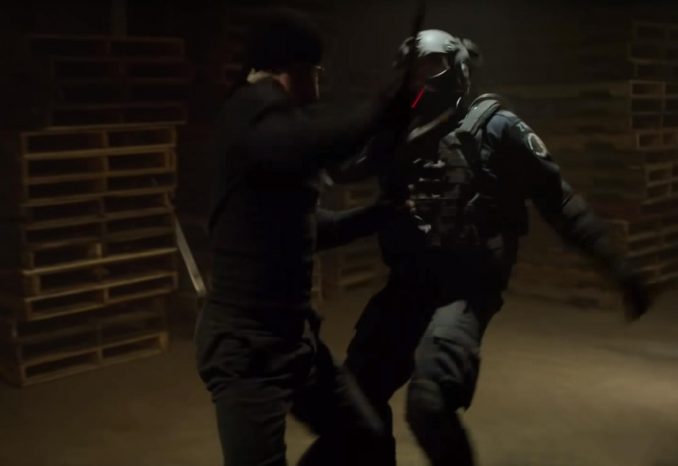 Watch Marvel’s Daredevil: Season 3 Official Trailer for a taste of what to expect when the new season drops on Netflix on October 19th, 2018.

This season features Daredevil’s archenemy The Kingpin, Wilson Fisk, (played by Vincent D’Onofrio) is released from prison and seeks revenge against the man responsible for putting him there. Charlie Cox again stars as Matt Murdock / Daredevil. Deborah Ann Woll and Elden Henson also return to reprise their roles as Karen Page and Foggy Nelson, respectively.

Missing for months, Matt Murdock (Charlie Cox) reemerges a broken man, putting into question his future as both vigilante Daredevil and lawyer Matthew Murdock. But when his archenemy Wilson Fisk (Vincent D’Onofrio) is released from prison, Matt must choose between hiding from the world, or embracing his destiny as a hero.

Fans of the Netflix show Daredevil are going to love this Marvel Gallery Netflix Daredevil Statue. This statue stands about 11-inches tall. It depicts the TV version of the hero of Hell’s Kitchen in amazing detail and captures the likeness and costume of actor Charlie […]

The Daredevil Season 2 Pop! Vinyl Figure proves that Matt Murdock left his stealthy ninja look back in Season 1. We waited a whole season before getting to see the man without fear wear the horns in Season 1 but there was no waiting required […]