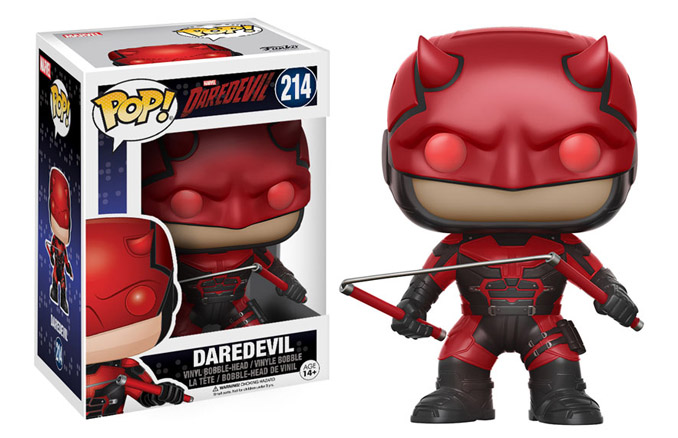 We waited a whole season before getting to see the man without fear wear the horns in Season 1 but there was no waiting required with Season 2.

Standing 3 3/4-inches tall and based on the character in the hit Netflix series, Daredevil stands ready to defend his town in his stylish new duds, nunchuks gripped in both hands and ready to go BOOM against some unlucky bad guy’s skull.

Be like Daredevil. Rout.com is like your own personal radar sense that shows you the best deals.

If Frank Miller had a shot at doing Daredevil, the Daredevil No. 500 Art Print probably gives a good idea about what kind of hero we’d get. Created by artist Rafael Grampá, this 24″ x 36″ print gives us a different look at the Man […]