Back in July we saw the Teaser Trailer, and now they’ve released The King’s Man Official Trailer #2. As we mentioned in that article, this movie is a prequel to the Kingsman film series and is set in the early 1900s.

This February, witness the rise of the civilized. Watch the new trailer for The King’s Man now.

As a collection of history’s worst tyrants and criminal masterminds gather to plot a war to wipe out millions, one man must race against time to stop them. Discover the origins of the very first independent intelligence agency in The King’s Man.

Here is the latest theatrical poster for The King’s Man: 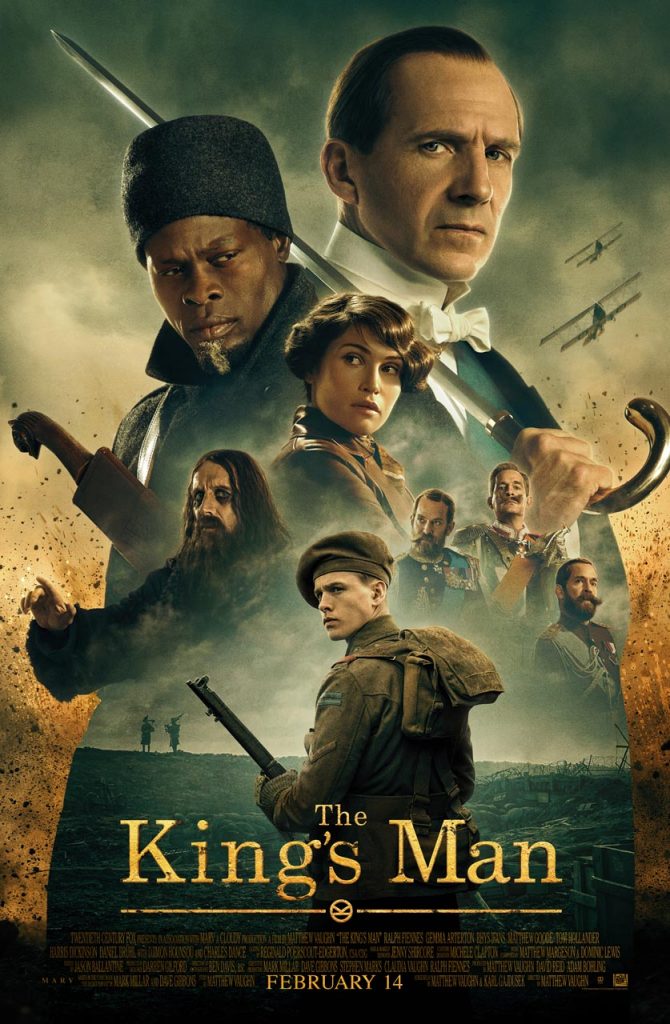 There’s a prequel coming to the Kingsman film series that depicts the formation of the very first independent intelligence agency, and you can check it out now in The King’s Man Teaser Trailer. The King’s Man will hit theaters on February 14, 2020. It stars […]

The Kid Who Would Be King Trailer #2

Watch The Kid Who Would Be King Trailer #2 for another look at this film including scenes that weren’t shown in the First Trailer. Written and directed by Joe Cornish this family adventure fantasy will be in theaters on January 25, 2019. Among the cast, […]