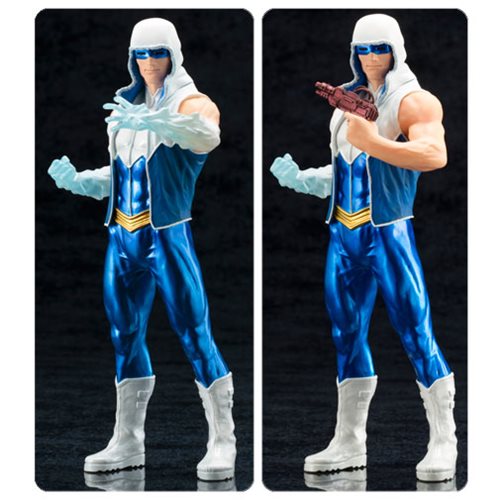 Standing 7 3/4-inches tall, this plastic statue gives us the coolest member of the Scarlet Speedster’s Rogues Gallery. Based on the New 52 version of the character, where Snart is given the power to generate cold without his cold gun, the statue comes with two interchangeable arms, letting you display the Captain with either an ice-covered arm or a regular arm holding his freeze ray.

The Flash Captain Cold New 52 ArtFX+ Statue will be available February 2017 but it can be pre-ordered now for $59.99 at Entertainment Earth.

Valentine’s Day is approaching fast, and you can celebrate the occasion with the Cold, Cold Heart 3D Ice Mold, to let your beloved know that they are always on your mind, even when doing something as simple as chilling a beverage. Under no circumstances should […]

Here in Canada, we tend to get excited when our ice cream starts melting. But for people in warmer climates, you’ve probably wondered if there was some clever way to prolong the freeze life of your ice cream, other than sticking it back in the freezer. […]