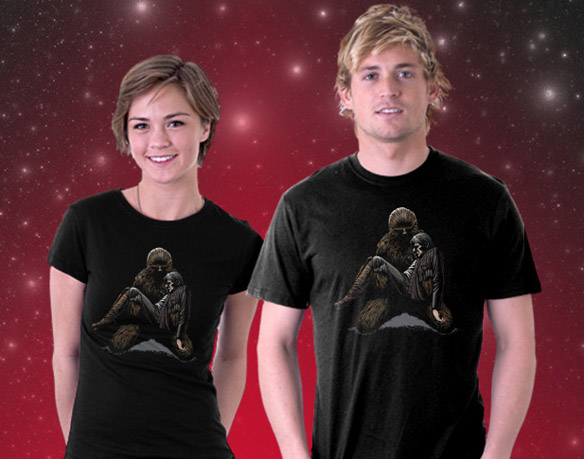 A smuggler falls and a Wookie weeps on the Star Wars A Death in the Galaxy T-Shirt.

The smuggler with a heart of gold falls to the son with a tarnished heart. Did Han Solo know how things would end when he confronted the former Ben Solo? I think deep down inside he did but he had his mind filled with all that ‘but you’re his father’ talk from Leia… so it’s Leia’s fault that Han is dead. I hope Chewie rips her arms off.

The image, created by Six Eyed Monster, will make every Star Wars fan keenly aware of how sensitive their eyes are. Dang it! Eyes are watering again. Must be my cat allergies acting up. 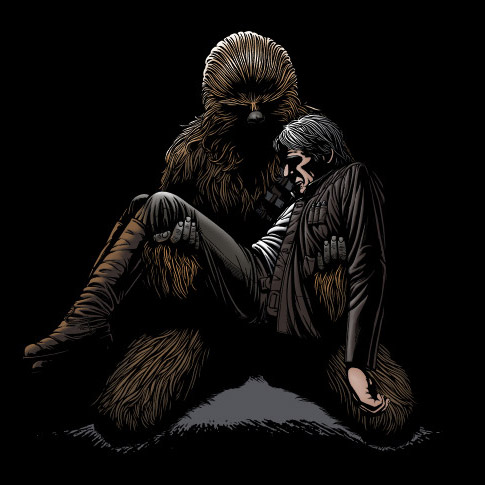 The Star Wars A Death in the Galaxy T-Shirt is available for $20 at TeeFury.