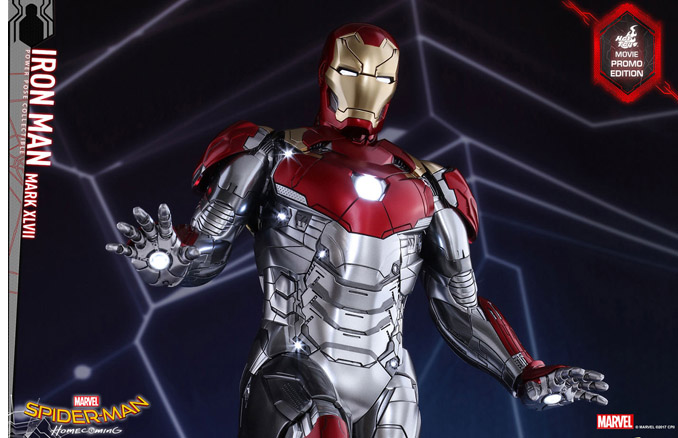 Tony Stark, role model? The billionaire hero might not seem like the first (or second) choice to be someone’s role model or mentor but that appears to be the role he’s taking on in Spider-Man: Homecoming, doing his best to show Peter Parker how to be a hero without getting killed.

Standing almost 14-inches tall, Stark’s latest suit of armor has a slightly unfinished look to it, as if he had to rush off to save the day before the paint job was finished.

Available exclusively through Sideshow, the figure features interchangeable hands and 28 LED light-up points throughout the armor.

Transform your iPhone into an armored Avenger with the Iron Man Mark XLVII iPhone Case. Fans of Tony Stark and Iron Man will love this highly-detailed case that almost looks 3D, making it hard to resist feeling the case to see if you can feel […]