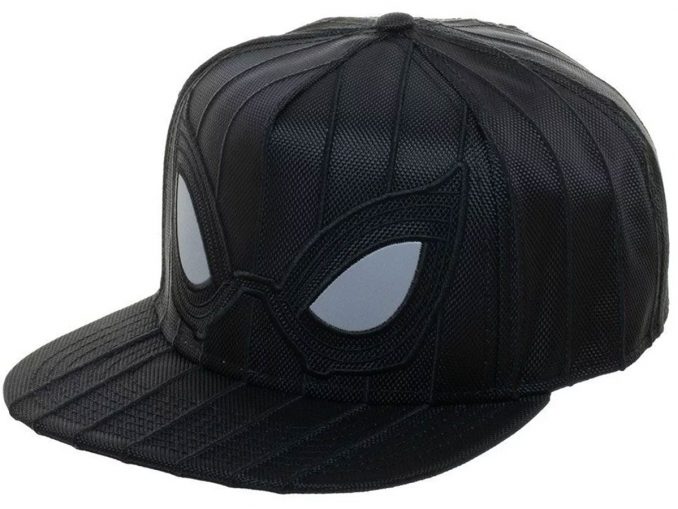 While this Spider-Man Far From Home Stealth Suit Hat looks quite “incredible” during the day, it’s even more impressive at night when a bit of light is directed at the reflective Spidey eyes. Sure, they’ll see you coming, but chances are those glowing eyes will have them rethinking the risks of confrontation.

Officially licensed by Marvel and inspired by the Stealth Suit from Far From Home, this Spider-Man features an adjustable snapback to comfortably fit most heads. 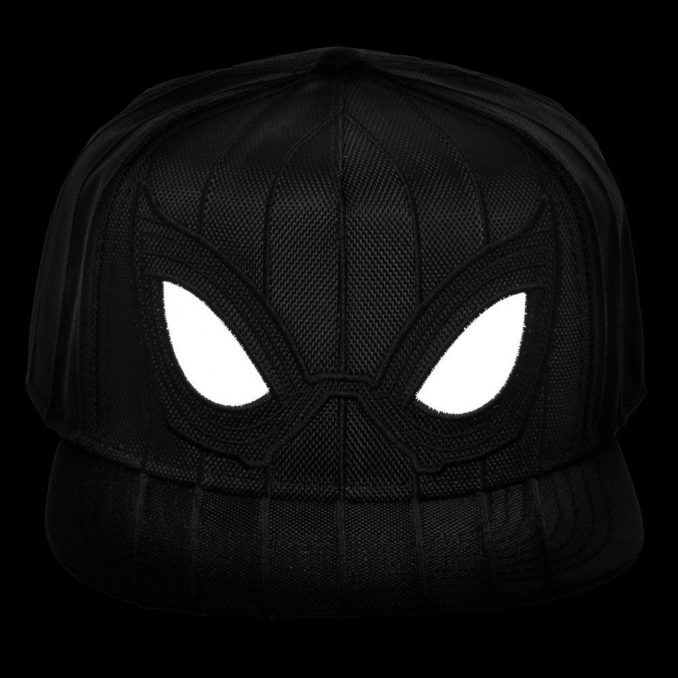 Now you can suit up like Peter Parker and increase your stealth points on those midnight whoopie pie runs with this awesome Spider-Man Far From Home Stealth Suit Snapback.

Who needs a Spidey Suit when you be stealthy the old fashioned way by dressing in all black. But instead of the classic black beanie, this sweet Spider-Man Far From Home Stealth Suit Snapback has you covered. With its reflective Spidey eyes, you’ll be able to find those whoopie pies with the finesse of a diamond thief while rocking this snazzy Spider-Man Snapback.

Purchase the Spider-Man Far From Home Stealth Suit Hat for $29.99 at SuperHeroStuff.

Collectors will want to feast their eyes on this Iron Man Stealth Suit Statue, the latest entry in the Avengers Assemble collection by Sideshow Collectibles. Like the others in the series, this is a 1:5 scale statue, molded in polystone, and painted with great detail. […]

Check out the new Spider-Man: Far From Home Teaser Trailer for a preview of what to expect when this movie drops this summer. It will be released in theaters on July 5, 2019. Update: The released date has been moved up to July 2, 2019. […]