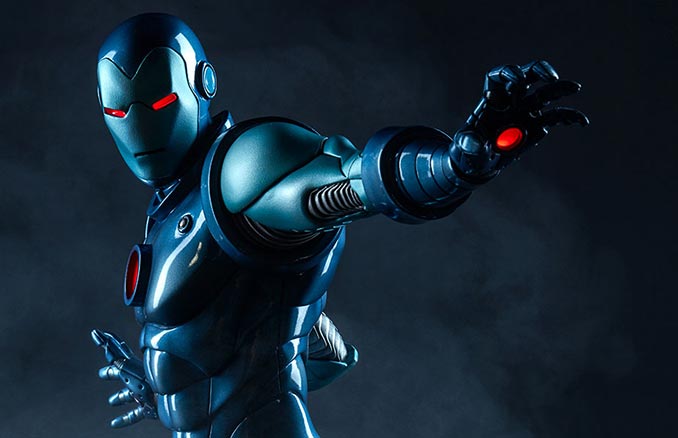 Collectors will want to feast their eyes on this Iron Man Stealth Suit Statue, the latest entry in the Avengers Assemble collection by Sideshow Collectibles. Like the others in the series, this is a 1:5 scale statue, molded in polystone, and painted with great detail. It is a limited edition of just 500 units.

Measuring 15.75″ tall and weighing 8 pounds, this Iron Man statue features Tony Stark wearing his stealth armor. Instead of the classic red and gold colors of this other suits, this stealth armor is more covert for stealthy missions. Light functions in the chest, hands, and eyes bring this Iron Man Stealth Suit Statue to life.

This amazing piece was created by an amazing team of designers and artists. Zac Roane, Alex Pascenko, Zane Yarbrough, and Kellam Cunningham worked on the design. Sculpting was done by Igor Catto and Alfred Paredes, with molding and casting by Karl Deen Sanders. Finally, painting was completed by Kat Sapene and Alex Alva. 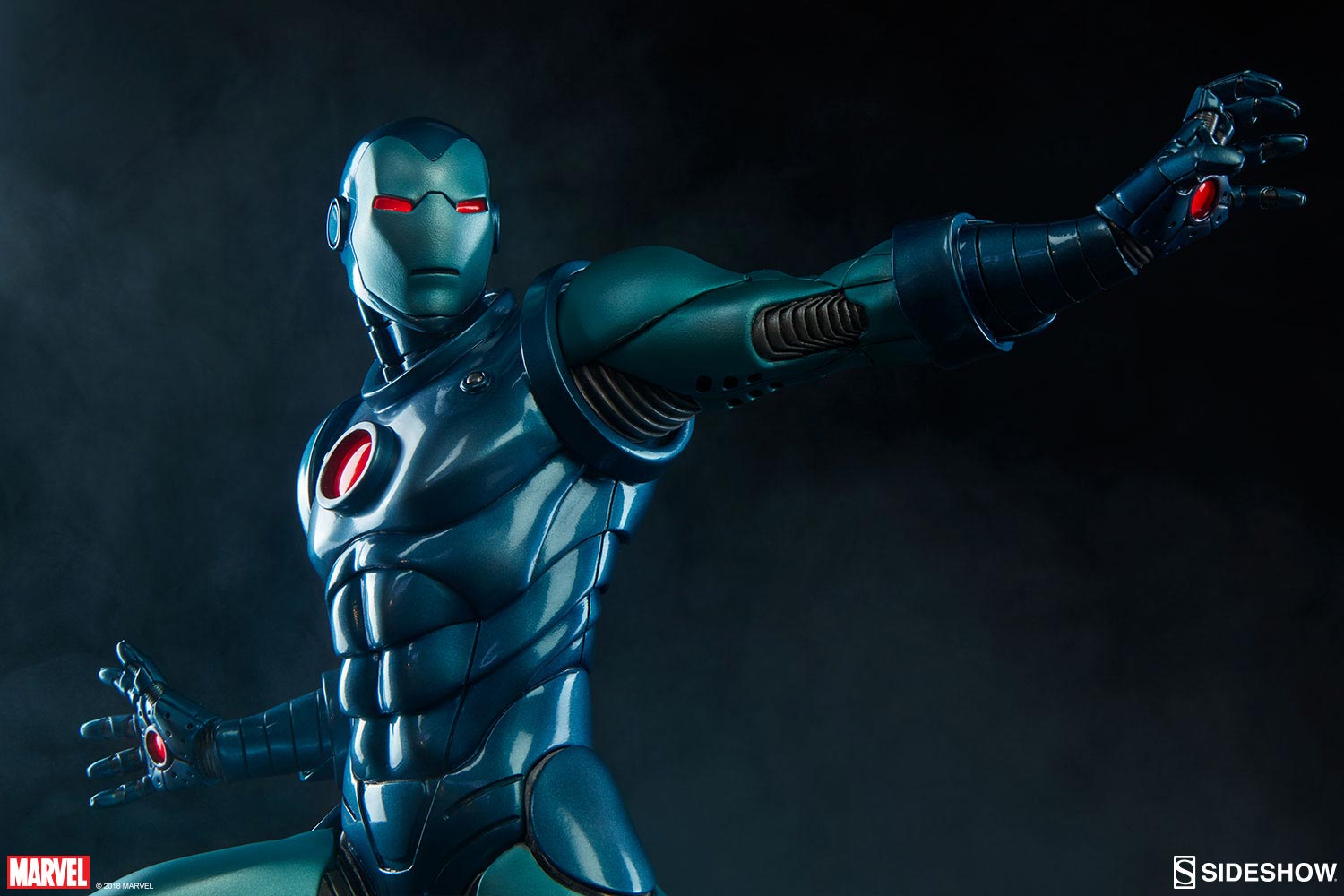 Measuring 15.75” tall, Iron Man takes an action-packed stance as he prepares to assemble with his fellow Avengers. His cracked earth proximity base compliments his teammates’ bases and can be displayed alongside other Avengers to create a larger dynamic scene.

Tony Stark’s Stealth Suit armor trades the classic red and gold for something a little more covert. The suit has sleek blue paneling, with a lighter matte blue on the legs, arms, and faceplate. The resin statue features a light-up function in the hands, chest, and eyes. Activate stealth mode with the glowing red reactors for an exciting display option in your hall of armors.

Find the Iron Man Stealth Suit Statue exclusively at Sideshow Collectibles. It costs $370 and is available to pre-order with an expected arrival in October or December 2018.

Look at how sleek and stealthy this Hikari: Marvel Stealth Suit Iron Man is. He looks pretty awesome in black and silver. Hikari Sofubi means that this is a Japanese-stylized soft vinyl. It is a limited edition of only 500. Don’t miss your chance to […]