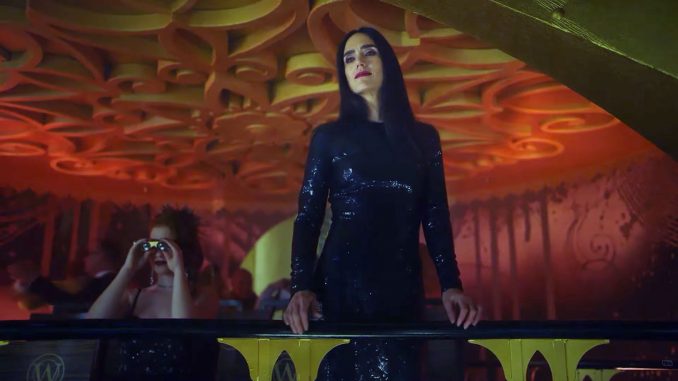 While the 2013 film Snowpiercer (starring  Chris Evans, Jamie Bell, and Tilda Swinton) had a limited theatrical release and a really low domestic box office total, it was critically acclaimed (95% on Rotten Tomatoes) and is considered a cult classic. Perhaps that’s why TBS has a new television series coming based on the story, which you can preview in the Snowpiercer Official Trailer.

Like the film, this TV series is based on the French graphic novel Le Transperceneige by Jacques Lob, Benjamin Legrand, and Jean-Marc Rochette. Jennifer Connelly stars in the television series with a cast that includes Daveed Diggs, Mickey Sumner, Susan Park, Katie McGuinness, Annalise Basso, and Sam Otto. It is coming to TBS in Spring 2020.

Set more than seven years after the world has become a frozen wasteland, Snowpiercer centers on the remnants of humanity, who inhabit a gigantic, perpetually-moving train that circles the globe. Class warfare, social injustice and the politics of survival play out in this riveting television adaptation.

Comic-Con International 2019 has begun, so we’re getting lots of great movie trailers being released like It: Chapter Two, Jay and Silent Bob Reboot, and now the Top Gun: Maverick Official Trailer. This sequel to the 1986 hit Top Gun once again stars Tom Cruise […]

Before Fortnite, the PUBG Battle Royale was all the rage. If it’s still your game of choice, you’ll want to check out these 5 new PlayerUnknown’s Battlegrounds PUBG T-Shirts exclusively from Hot Topic. There’s a wide variety of choices, with everything from a fierce battle […]