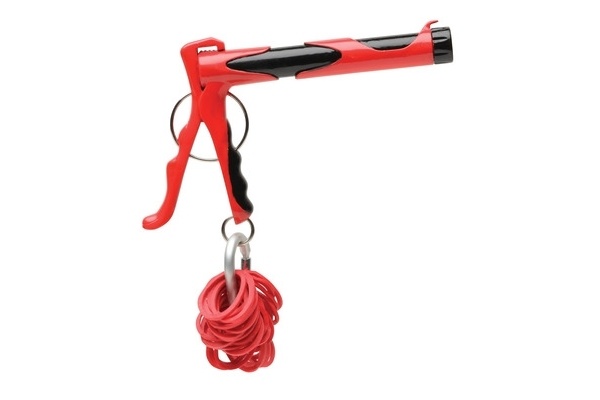 Whenever I see kids so engrossed in their computer games or handheld video gaming consoles, I just want to tell them to get out, get some exercise, and play ball or something. A good idea, though, would be to incorporate a few elements from the games they’re always playing in real life. For example, my nephew particularly enjoys shooter games. So it’s time to break out the Rubber Band Blaster Guns to let the shooting begin.

Of course, it might hurt a bit to get shot at with the Rubber Band Blaster Gun, so maybe that will provide them with more incentive to get moving so they can evade getting hit by rubber bands. You can opt to have a snowball war with the help of the  Arctic Force Snowball Blaster or a foamy gunfight with the Star Wars Clone Wars Blasters. 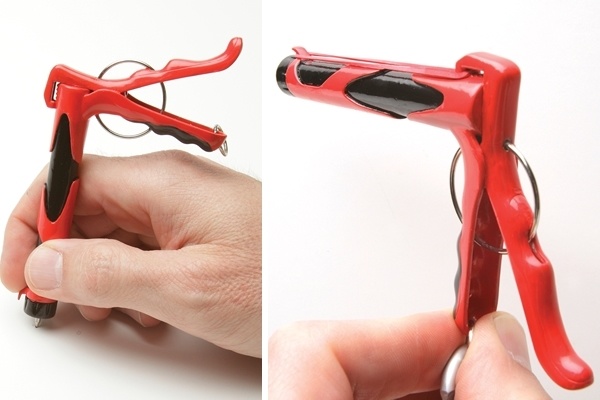 There’s nothing better than good old fashioned snap of a rubber band on someone’s arm. This cool little gadget hangs out with your keys or in your pocket but boasts a gnarly snap. Load up the clip and set your Rubber Band on target into the victim’s personal space. The included d-ring holds rubber bands for easy access to annoying central. Don’t aim at people’s faces or animals but do aim at people’s butts, bellies, computers, and other places of guaranteed hilarity. We do recommend shooting at butts, they have the aerodynamic structure to deflect the Rubber Bands at a spectacular angle which triggers an almost immediate scratch and swat.

The Rubber Band Blaster Gun is available from Stupid.com for $6.99.

For anyone that thought rubber guns were for kids, check out the selection of OGG Craft Semi-Auto Rubber Band Guns. They have just over fifty models of semi-auto wooden coolness. Each gun is has its own look and features. Some hold and shoot 2 rounds, […]