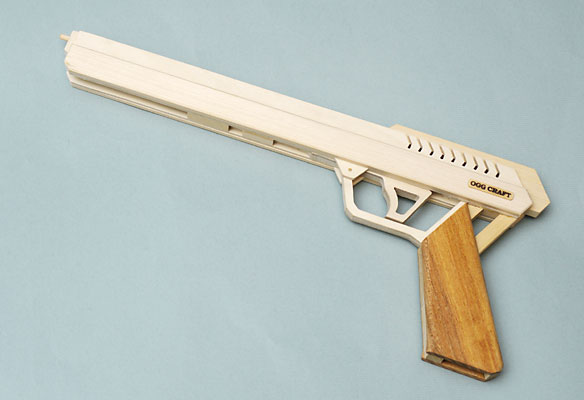 For anyone that thought rubber guns were for kids, check out the selection of OGG Craft Semi-Auto Rubber Band Guns. They have just over fifty models of semi-auto wooden coolness. Each gun is has its own look and features. Some hold and shoot 2 rounds, while others are a little more potent 🙂

The P503 motorized machine gun, shown below, holds 504 rounds and can fire them all in just a few seconds via its 1200 rpm Gatling Gun electric motor setup. 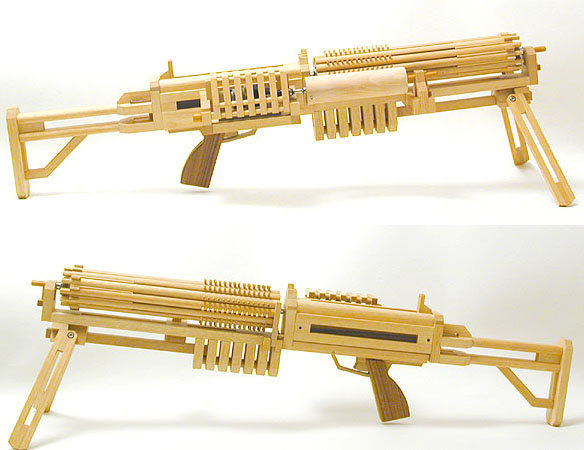 Don’t be afraid to turn that little office battle into a war worthy of its own documentary. You can learn all about these awesome wooden rubber band guns at OGGCraft.jp.

The above video shows the P503 machine gun in action, while the below video shows a cool semi-auto rubber band handgun doing its thing.

Someone in Japan has come up with the brilliant geeky idea of creating a USB hub and card reader combo with a design that looks like a semi-trailer truck.

This awesomely geeky poster showcases 26 Sci-Fi guns so that you can test or brag about your geek knowledge. The Sci-Fi Guns Poster designed by artist Russell Walks is a grayscale poster with 26 memorable handheld weapons from science fiction movies and TV shows. You […]