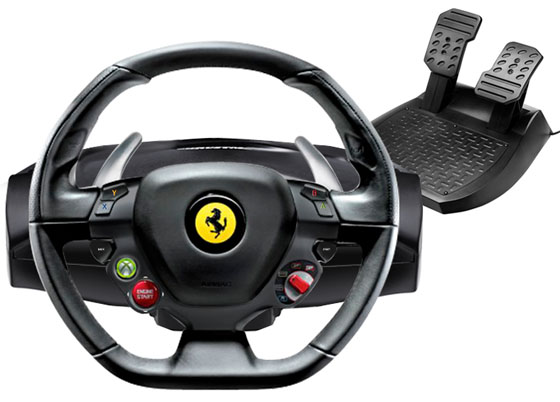 If you are like 99.9% of us, you will probably never get to drive a real Ferrari 458 Italia or any other great supercar for that matter.  That doesn’t stop us from wishing and trying to get as close as possible to the real thing.  Games like Forza Motorsport 4 and Gran Turismo 5 do their best to give us a real sense of the thrill and excitement of driving expensive exotic cars like a brand new Ferrari, but they are missing one thing…The Officially Licensed Ferrari 458 Italia Racing Wheel.  Made by Thrustmaster, this is the first video game wheel with official licenses from Ferrari and Microsoft Xbox 360. 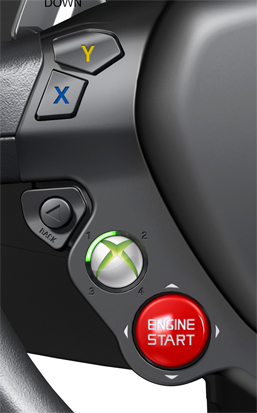 The Thrustmaster Ferrari 458 Italia racing wheel offers the user a chance to feel the real wheel dynamics of a Ferrari.  With its close to original size, (28cm – 7/10ths of original), rubber texture cladding and 8 easy-access action buttons + one 8-direction D-pad in the form of an “Engine Start” button, this racing wheel is going to help take your driving experience to a whole new level.

The fun doesn’t end there.  When Ferrari agreed to officially license this product they wanted the users to enjoy the experience much like real owners of Ferrari’s do; so they added a few more great features.  The genuine “Manettino” dial allows for in-game changes; like letting users directly change game settings while they race (example: changing views in Forza Motorsport 4).  The wheel mounted sequential gearbox includes 2 Ferrari GT-style metal paddle shifters to give an authentic Ferrari feel and the wheel has a 270° steering radius.

Thrustmaster didn’t just want the racing wheel to feel accurate, they wanted the entire experience to be a close to the real thing as possible so they worked hard on creating an accurate pedal system. The pedal set features pedals with a long range of travel, plus realistic resistance and angle for that real driving feel. 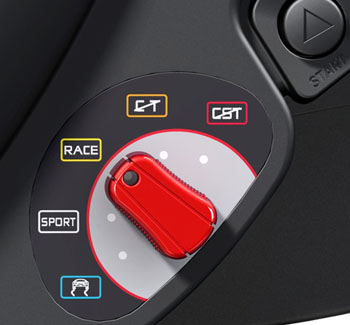 Extensive equipment is available out of the box with no less than 8 action buttons, an Engine Start D-pad, an Xbox 360 Guide button and a connector for the Xbox 360 headset and microphone. Under the bonnet dwells a “Bungee Cord” automatic centering system offering progressive resistance over a 270-degree angle, for a more immersive racing experience. The pedal base has not been neglected; it features a wide footrest, a long-stroke accelerator pedal and a resistant brake pedal, for more precision.

The Ferrari 458 Italia Racing Wheel for Xbox 360 is designed to help you cross the finishing line before the competition does – its V8 is its price tag, which is every bit as aggressive as its looks!

You can purchase the Officially Licensed Ferrari 458 Italia Racing Wheel this October for a suggested retail price of $89.99.  To learn more go to Thrustmaster.com.