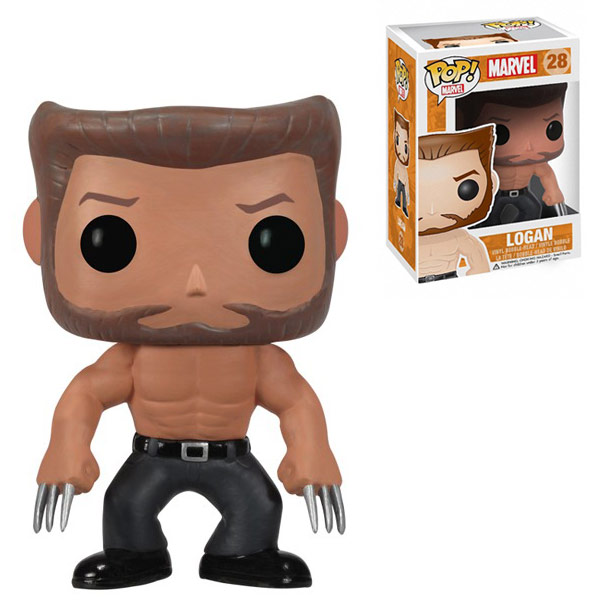 You know a person is tough when he still manages to look intimidating as a Pop! vinyl character, and the Marvel Universe Pop! Logan Vinyl Bobble-Head doesn’t take any of the macho away from the claw-popping mutant.

There will be a lot of jealous guys giving the stink-eye to this little guy because this 4-inch-tall bobble-head version of a shirtless Wolverine happens to be more ripped than most guys I know. Who knew Pop! could do abs?

Along with the six-pack and toned arms, Logan is also sporting a few days of facial fuzz, his iconic hair (although not as drastic as his comic book counterpart), and extended claws that are ready for some mutant action.

The Marvel Universe Pop! Logan Vinyl Bobble-Head is available for $12.50 at Hot Topic and $8.95 at Amazon.com.

Hooray, St. Patrick’s Day is coming up this weekend! Time to have a couple pints of cold, green beer. If you’re having difficulties growing fiery-red sideburns like I am, then it’s time to take a shortcut and get the complete set of Official Leprechaun Facial Fuzz. But beware. After you […]

The adamantium claws are out with the X-Men Logan Pop! Vinyl Figure. Standing 3 3/4-inches tall, the X-Man known as Wolverine is dressed in rugged casual wear with his lethal claws extended, ready to take on the bad guys as only he can. While the […]