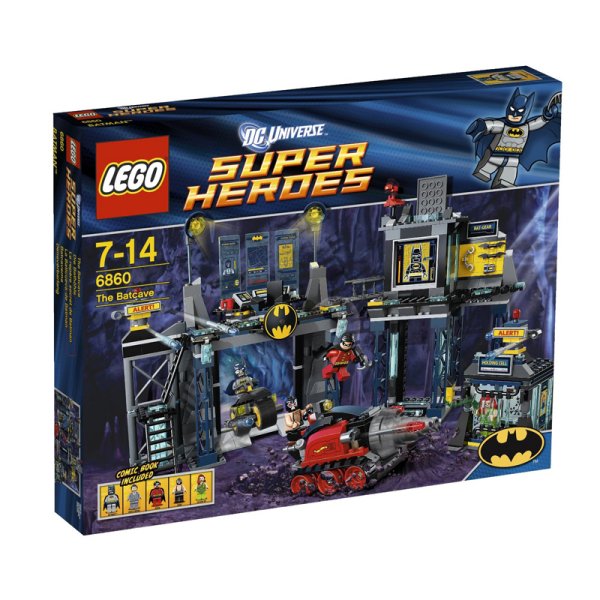 Batman fans have a lot of cool LEGO sets like the Catwoman Catcycle City Chase and the Batwing Battle Over Gotham set, but nothing beats the Batcave. Check out the LEGO Super Heroes Batcave set.

Take on Bane and Poison Ivy as Bane breaks into the Batcave with a huge drill tank to rescue Poison Ivy from her cell. You get two vehicles, four characters and a variety of weapons and escape routes. It even has a secret elevator to turn Bruce Wayne into Batman.

It’s turning out to be a big year for LEGO fans. Yesterday GeekAlerts informed you about the LEGO Teenage Mutant Ninja Turtles Set that was revealed at Comic-Con New York and earlier this year we showed you the cool LEGO Lord of the Rings Minifigures […]