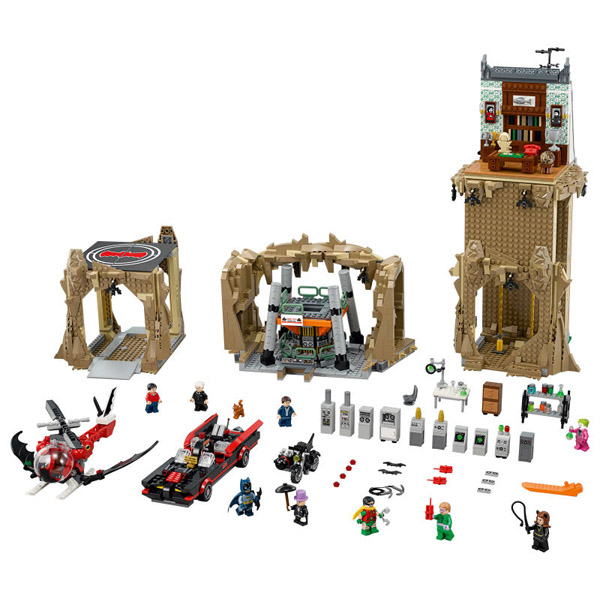 Holy awesomesauce, Batman! You’ll feel like Adam West’s Batman when you get your hands on this Batman Classic TV Series LEGO Batcave.

Based on the classic Batman television series of the 60s, this LEGO Batcave has more goodies than you can shake a utility belt at, including figures of heroes, villains, and one faithful butler. There’s even a bust of Shakespeare in the study with a button inside that triggers a sliding false bookcase to reveal the Bat-poles.

The Batman Classic TV Series LEGO Batcave will be available March 1, 2016 but it can be pre-ordered now for $269.99 at LEGO Shop.

Sure, modern Batmen are great, but Adam West’s Batman had some of the coolest vehicles. Like the Batcopter. This Hallmark Keepsake Batcopter celebrates this vehicle so that you can put it on your tree. It is a screen-accurate replica from 1966 Batman movie, with some […]

Batman fans have a lot of cool LEGO sets like the Catwoman Catcycle City Chase and the Batwing Battle Over Gotham set, but nothing beats the Batcave. Check out the LEGO Super Heroes Batcave set. Take on Bane and Poison Ivy as Bane breaks into […]

Others will know your devotion to the Caped Crusader is rock-solid when they see your Batman 1966 TV Series Batcave Granix Art Plaque, which features all the Bat goodness you could possibly want in one image. Sure, it’s cool that a retro image from the […]