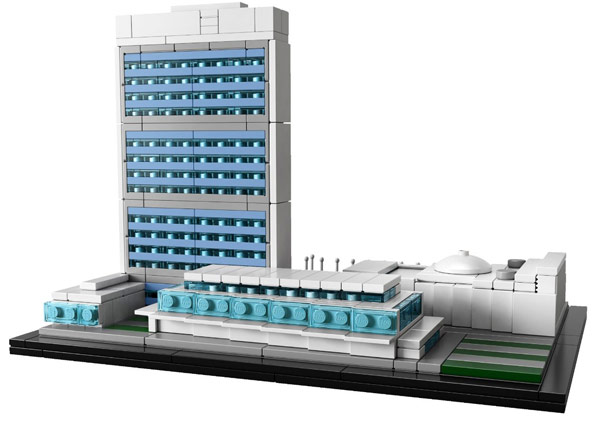 Standing alongside New York City’s East River, the United Nations Headquarters is a global beacon of international collaboration, exemplified also in its modernist architectural design, achieved by a team of multinational architects including Le Corbrusier and Oscar Niemeyer. Construction on the site began in 1947 and the building opened in August 1950. This detailed replica model is the latest addition to the LEGO Architecture Landmark Series that celebrates some of the world’s greatest architectural icons.

You can purchase the LEGO Architecture: United Nations Headquarters 21018 Set fro $49.99 at Amazon.com, the LEGO Shop and Walmart.com.

Grab your stick, heat ’em up, and get ready to show that prehistoric witch how you do things downtown with the Ghostbusters Firehouse Headquarters LEGO Set. Peter Venkman, Raymond Stantz, Egon Spengler, Winston Zeddemore, and Janine Melnitz are ready to keep the world from being […]