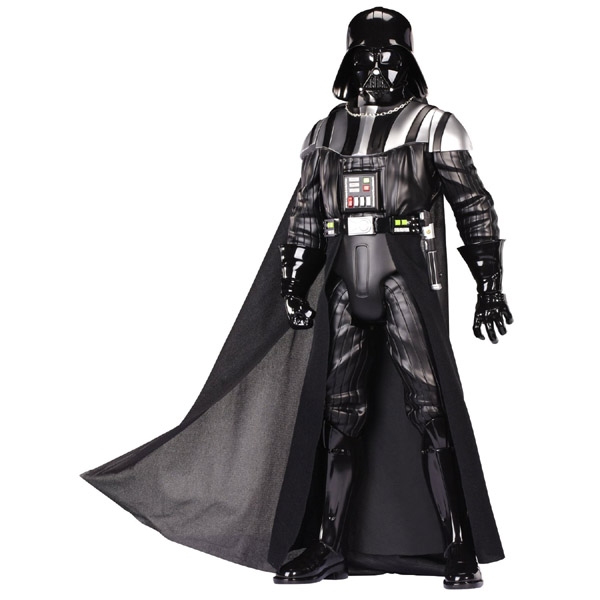 The Force is large in this one. The Star Wars Darth Vader Giant 31-Inch Action Figure offers a 2.5-foot version of the larger-than-life villain of the Star Wars films.

From fallen Jedi to reformed hero, Darth Vader demanded a viewer’s attention every time he was on the scene, and this action figure, which is technically just a little taller than two-and-a-half-feet, will demand just as much attention when it joins your collection.

The figure, based on the Vader that appeared in “Star Wars Episode 3: Revenge of the Sith,” features seven points of articulation and a real fabric cape.

Unleash your inner Sith Lord of Style with the Star Wars Darth Vader Cape Dress, and let the power of the Dark Side flow through you. Come to the Dark Side because we have cookies… and this stylish 100% polyester dress designed with a cape […]