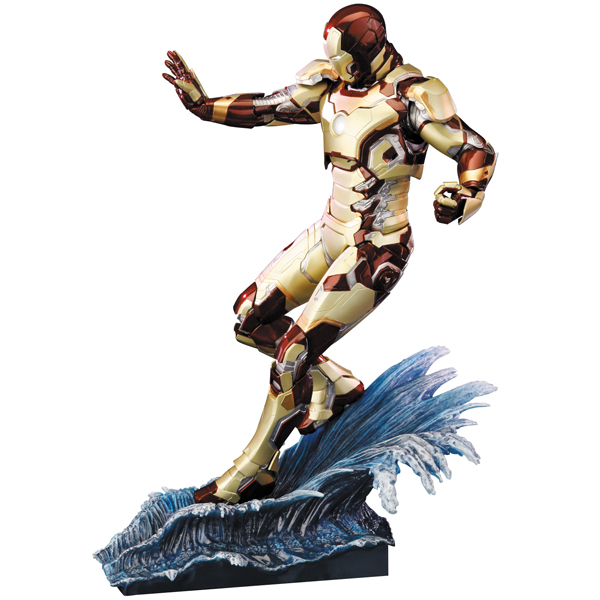 Tony Stark’s armored alter-ego strikes an intimidating pose in this Iron Man 3 Mark XLII ArtFX Statue as we see the Iron Avenger with arm extended in preparation for unleashing a repulsor blast.

The highly-detailed, 15-inch-tall statue features the new Mark XLII armor that will be making its appearance on the big screen in Iron Man 3, and you don’t have to be a genius like Tony Stark to put it together because snap-fit assembly of the pre-painted pieces mean that no glue or paint is required.

The armor also has LEDs, allowing for the eyes and arc reactor to light up. Three different settings let you decide if you want the light effects to be on all the time, off, or activated by sound.

You can pre-order the Iron Man 3 Mark XLII ArtFX Statue for $129.99 at Entertainment Earth. It will be available August 2013.