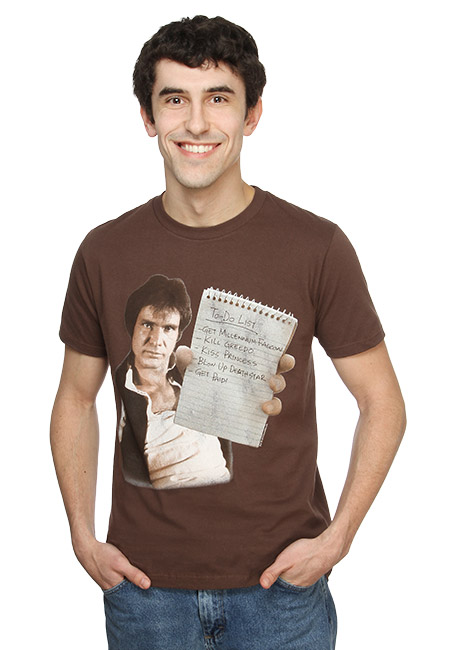 Han Solo has a bunch of things to do. This Han To-Do List T-Shirt shows everything on his list. I think he has accomplished all of them.

It’s nice to see that Han uses good old fashioned paper to write his list down. That’s smart, because the Empire could intercept his data otherwise. 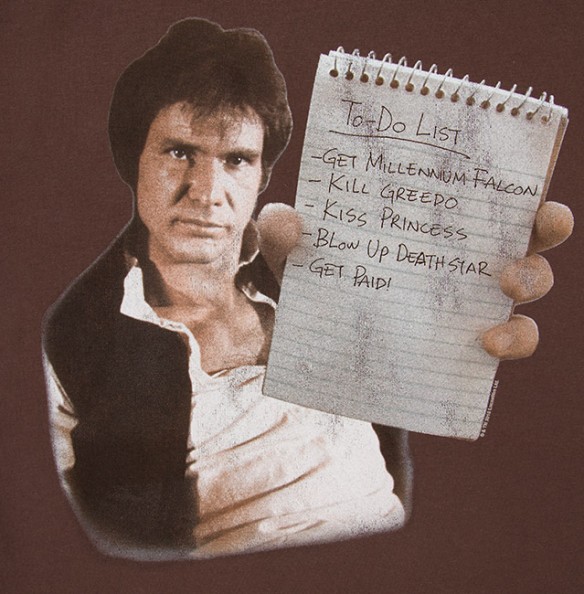 Han Solo holds up his to-do list on a spiral notebook, which reads

This fun Star Wars shirt is only $19.99 from ThinkGeek.com.