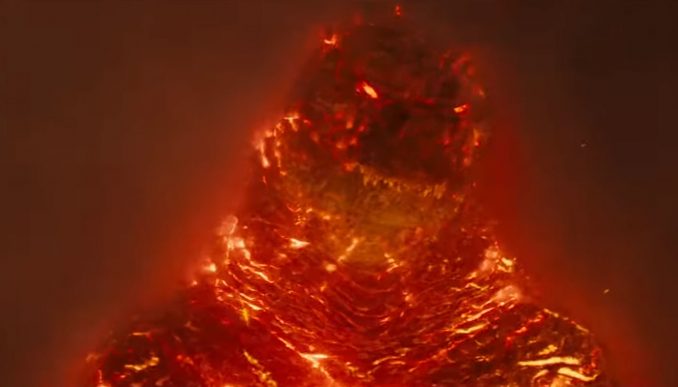 With the movie coming out in less than a week, this Godzilla: King of the Monsters – Knock You Out Trailer is your final look at the film before it drops on May 31, 2019.

While the previous trailers showed Godzilla and the other monsters sparingly, this trailer is focused on them and the exciting action, showing ferocious fights and massive destruction. It still looks quite dark and blurry overall, but hopefully, it will look awesome on the big screen, especially for those fortunate to see it on IMAX.

Watch the Godzilla: King of the Monsters – Knock You Out from Warner Bros. Pictures:

Godzilla: King of the Monsters – Knock You Out – Exclusive Final Look In Theaters May 31.

Doctor Who Knock Knock! Who’s There? The Doctor T-Shirt

One man in all of space and time is the perfect subject for knock-knock jokes, and the Doctor Who Knock Knock! Who’s There? The Doctor T-Shirt lets even non-Whovians in on the fun. I suppose it’s possible that someone somewhere on the planet hasn’t heard […]

You keep on knocking but you can’t come in. That seems to be the message on the Doctor Who Knock Knock T-Shirt. The Doctor himself has declared “the assembled hordes of Genghis Khan couldn’t get through that door,” but what about a horde made up […]