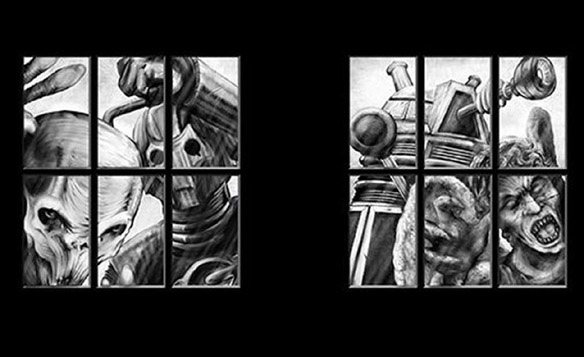 You keep on knocking but you can’t come in. That seems to be the message on the Doctor Who Knock Knock T-Shirt.

The Doctor himself has declared “the assembled hordes of Genghis Khan couldn’t get through that door,” but what about a horde made up of a Cyberman, a Dalek, a Weeping Angel, and the Silence? Chances are still pretty good they won’t be able to get in unless the Doctor wants them in, but you can’t blame the bad guys for trying. Because of that glitchy chameleon circuit, it’s easy to believe you’re just trying to break into a simple police box instead of a powerful ship capable of flying through both time and space. 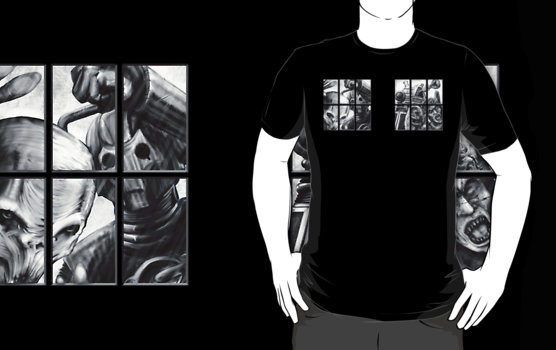 The Doctor Who Knock Knock T-Shirt is available for $25.99 at RedBubble.com.

Doctor Who Knock Knock! Who’s There? The Doctor T-Shirt

One man in all of space and time is the perfect subject for knock-knock jokes, and the Doctor Who Knock Knock! Who’s There? The Doctor T-Shirt lets even non-Whovians in on the fun. I suppose it’s possible that someone somewhere on the planet hasn’t heard […]

When all hope is lost in humanity, we often turn to inanimate objects to fill the void. When these objects take the shape of cool color-changing reptiles, all things are right in the world again. Huey the Color-Changing Chameleon is set to turn your case […]

Circuit boards can be used for so many things; snacks, clocks, keychains, cars, Christmas tree decoration – and cufflinks of course.

Do you find the view outside your door boring? Worse, does your door lack windows so there’s no view at all? Now you can look forward to adventure every time you leave the house, thanks to the Doctor Who Police Box Interior Door Decal. Whovians […]