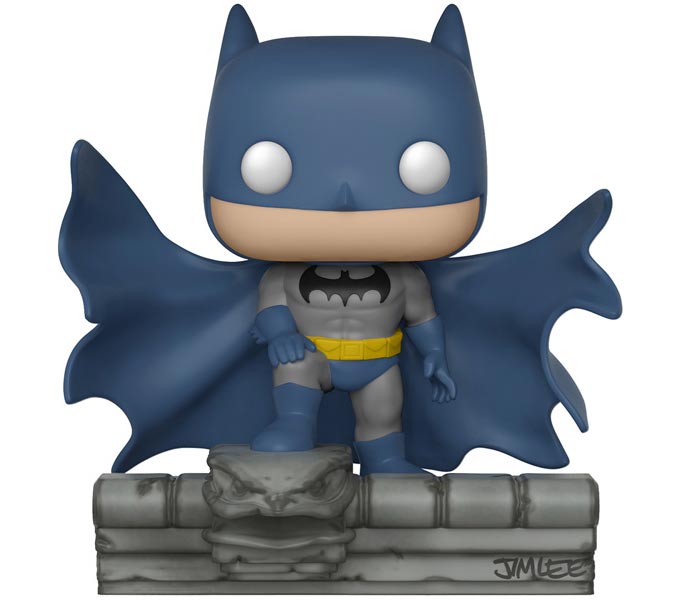 Many comic book fans will recognize the name Jim Lee as being a prolific artist, illustrating for Marvel, DC, and his own studio, Wildstorm Productions. Currently, he’s the Chief Creative Officer at DC Comics. One of his most famous works was doing the penciling for Batman: Hush, and this awesome Funko POP! Batman (Hush) Jim Lee DC Collection Deluxe Vinyl Figure is based on one of Jim Lee’s iconic illustrations from that series (shown below).

As a deluxe edition, Funko Pop! Heroes Batman (Hush) #239 is bigger than the typical Funko Pop! figure and stands 5″ tall. On the back of the box is a print of the illustration this figure is based on. 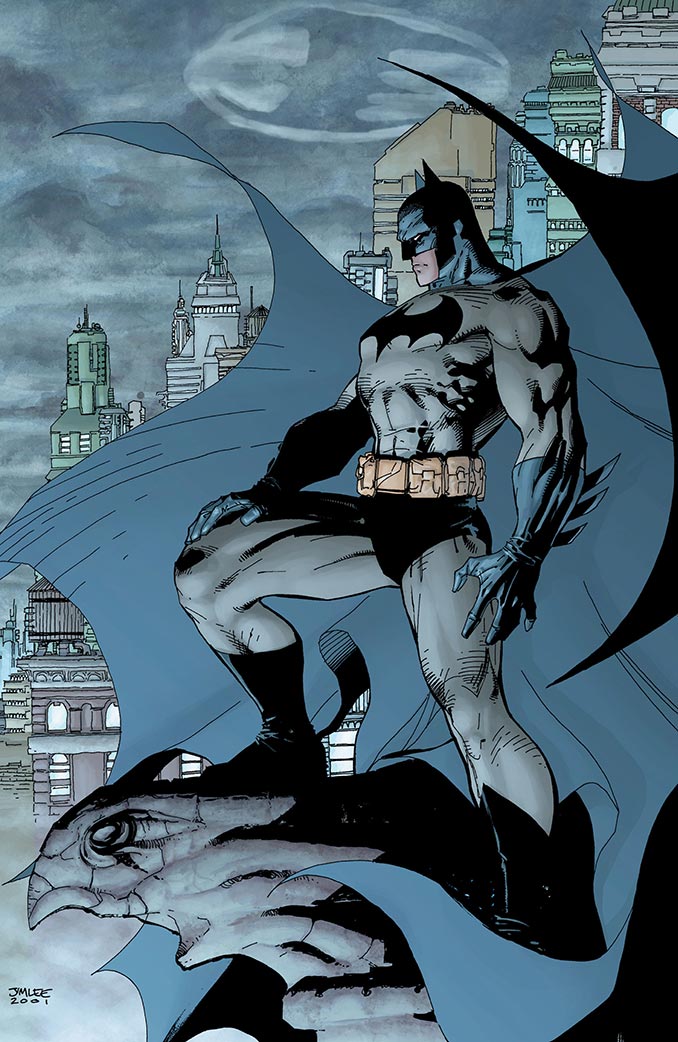 Celebrate Jim Lee’s Batman from Hush with this GameStop / ThinkGeek exclusive diorama from our friends at Funko. Ever seen a Funko POP!ized gargoyle? Now you have. Batman’s got his foot firmly planted on one. To display this properly, of course, you’re going to have to unbox it so you can duplicate that enigmatic silhouette-but-also-three-quarter angle Jim Lee captured so well. Funko’s already got the cape whipping around him perfectly for you. 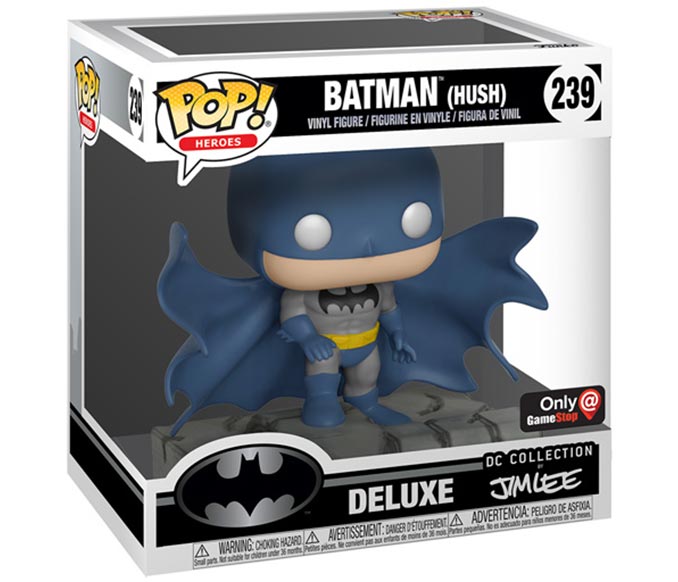