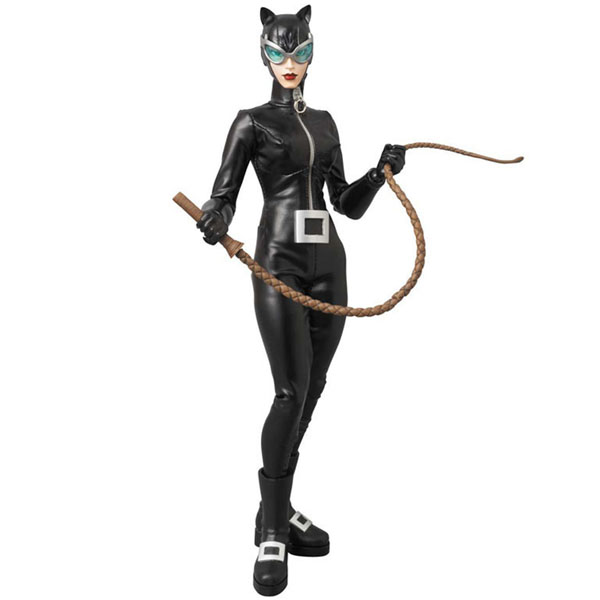 Fans of the popular DC Comics 12-issue story arc, Hush, will want to get their claws on this Batman Hush Catwoman Real Action Hero Figure, featuring an impressive 1:6 scale figure that was sculpted from an original design by Jim Lee.

Selina Kyle’s cat burglar alter-ego wears a real cloth outfit that resembles her outfit in Hush, even including her trusty whip… because Catwoman likes to punish kitties that have been naughty. You can even recreate the iconic kiss between Catwoman and the Dark Knight by pairing her up with the Hush Real Action Hero Batman Action Figure.

The Batman Hush Catwoman Real Action Hero Figure will be available March 2014 but it can be pre-ordered now for $199.99 at Entertainment Earth.

Batman and Catwoman Kiss Phone Case for iPhone and Galaxy

Fans of Batman: Hush will want to take their calls with a phone covered by this Batman and Catwoman Kiss Phone Case for iPhone and Galaxy. Everyone knows about that famous (infamous?) kiss between the Bat and the Cat; even people who never read Hush […]