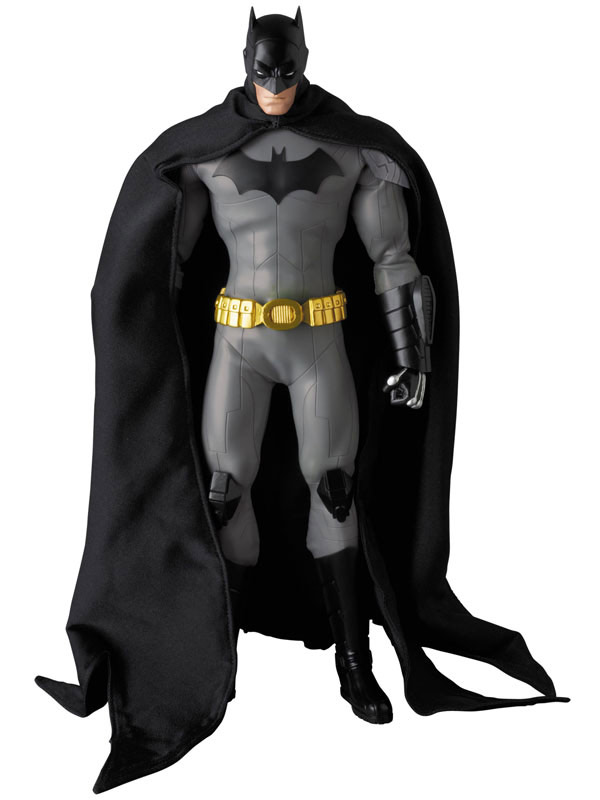 The RAH figures have been pretty cool so far, with the Hush Catwoman and Hush Batman figures being my personal favorites, but Medicom kind of dropped the ball this time.

Just like with the other figures in the Real Action Heroes series, Batman stands almost 12-inches tall and his cape features a wire frame on the outside edge that allows for the cape to be positioned in a variety of way… but kneepads? Haven’t seen Bats sporting kneepads in the pages of the comic books recently. Pretty sure Bruce Wayne’s training would make him tough enough to laugh at the idea of kneepads.

Aside from that tiny detail, it’s still a cool figure.

The Real Action Heroes RAH DC New 52 Batman Action Figure will be available August 2015 but it can be pre-ordered now for $209.99 at BigBadToyStore.com.

The iconic ‘S’ curl and red underwear are gone on the Real Action Heroes RAH DC New 52 Superman but he’s still the Man of Steel. Standing approximately 12-inches-tall, this action figure offers the new look for the last son of Krypton. With the New […]