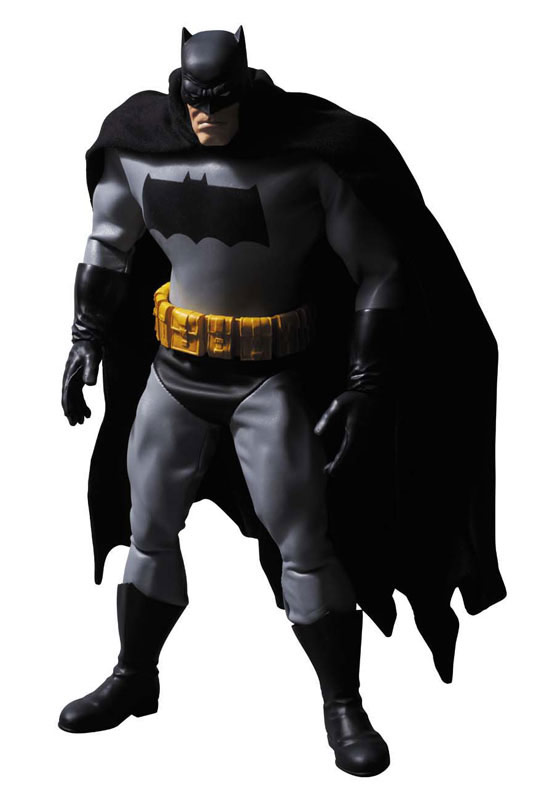 Old age makes some people slow down but it just makes Bruce Wayne meaner. At least that’s the way it seems when Bruce is lured out of retirement to don the cape and cowl of Batman once again in Miller’s “The Dark Knight Returns.” Of course, in his defense, Gotham City has really gone downhill while Bruce was busy trying to enjoy his golden years.

The Batman Dark Knight Returns Real Action Hero Figure will be available September 2014 but it can be pre-ordered now for $169.99 at Entertainment Earth.