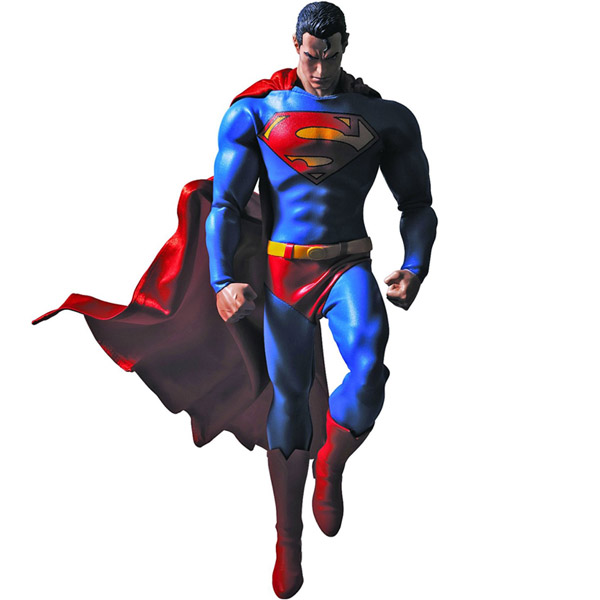 The Batman: Hush Superman Real Action Hero Figure brings us another character from the exciting Batman: Hush story arc, with the Man of Steel showing up to put some Kryptonian hurt on the protector of Gotham City.

Just like with the Batman and Catwoman RAH figures, the 1:6 scale Superman is sculpted from original designs by comic book legend Jim Lee. I just wish the figure was wrapped in ivy or at least had some ivy draped over his shoulders since he was under the control of Poison Ivy during most of appearance in the comic book.

The Batman: Hush Superman Real Action Hero Figure will be available July 2014 but it can be pre-ordered now for $199.99 at Entertainment Earth.