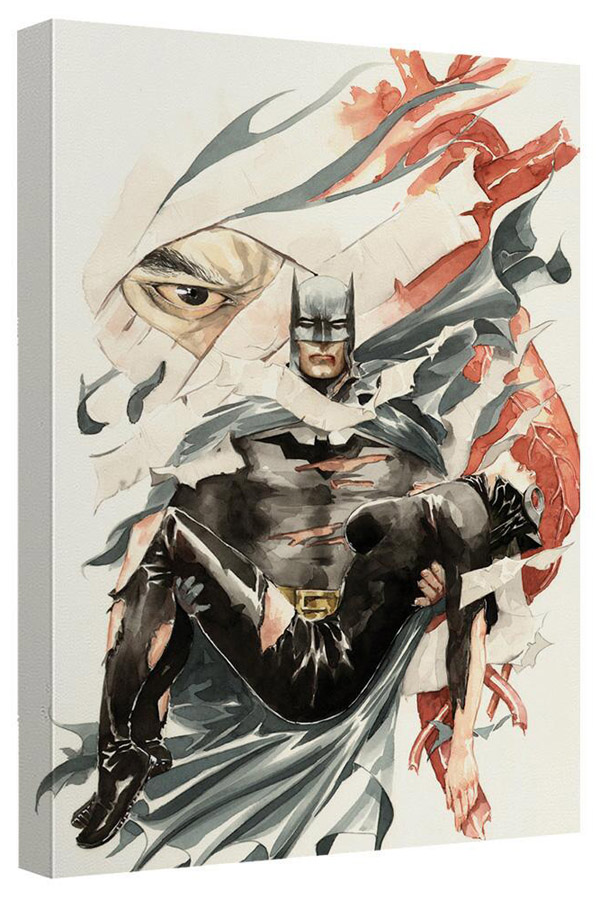 A tense moment for Bat-fans is depicted on the Batman Heart of Hush Canvas Wall Art, with Batman holding Catwoman, who would gladly give him her heart if someone else hadn’t already stolen it.

If the image looks familiar, it’s probably because you’re thinking of Detective Comics #850, which features a similar image except for the comic cover revealing both Bruce Wayne and Selina Kyle without their masks. The comic tells the touching story of a man (Hush) who literally steals the heart of woman (Catwoman) to lure another man (Batman) into a trap. Yes, Hush stole Catwoman’s heart. And the Joker thinks he’s tough. Clownboy could learn a trick or two from Hush.

This Pikachu Finding Ditto Canvas Wall Art is an art print of Dittos hiding among Pikachus. Can find them? I know, it isn’t a very hard game, but it is a great piece of art. Adorable in fact. Pokemon fans are going to love having […]

Get your 60s groove on with the Batman Classic TV Series Batman Wins Again Canvas Wall Art. The Caped Crusader of Gotham City has unleashed a lot of POW, BIF, and even some KA-BOOM on this vibrant canvas art print that shows Batman on the […]

Batman’s ride has changed considerably through the years, and one cool redesign becomes some eye-catching art as the DC Comics Batman Batmobile Lighted Canvas Wall Art. Measuring 16″ x 12″, this bat-tacular (spectacular using bat. get it?) canvas print features the Dark Knight racing through […]