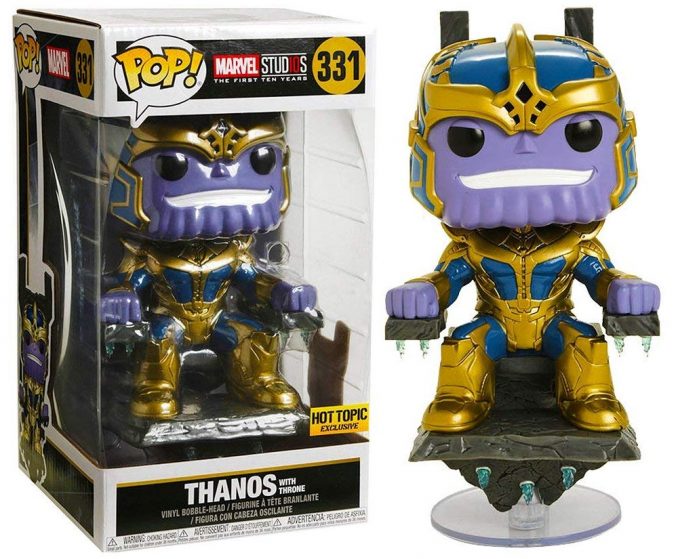 Funko Marvel Studios The First 10 Years Pop! Thanos is a highly collectible vinyl bobble-head figure. After 10 years of films in the Marvel Cinematic Universe, culminating in Avengers: Infinity War, Thanos has risen to be the most powerful character in the MCU. Recognize his position with this giant 8″ tall Funko Pop! vinyl bobblehead figure that features The Mad Titan sitting on his throne.

Thanos (with throne) from The Avengers: Infinity War is given a super stylized and ultra collectible makeover as a Pop! vinyl bobble-head from Funko! Celebrate the first 10 years of Marvel with this Hot Topic exclusive.