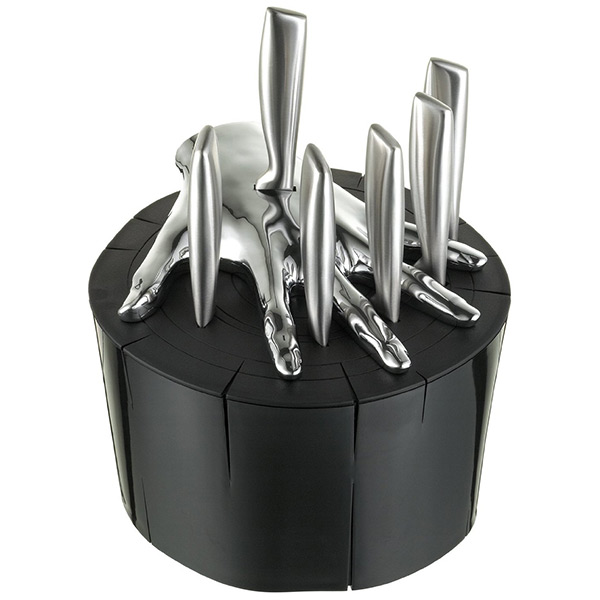 Everybody knows that knives are harmful to human flesh. I mean, just look at the hack job “Dexter” and his dark passenger do on a regular basis. The show perfectly illustrates what knives can do to people. Raffaele Iannello has captured that teeth-clenching, almost nauseous feeling we get from knives (and the imagery of them going through our skin and bones), and lets you relive that feeling each time you glance at his Five Finger Fillet Steak Knife Set. 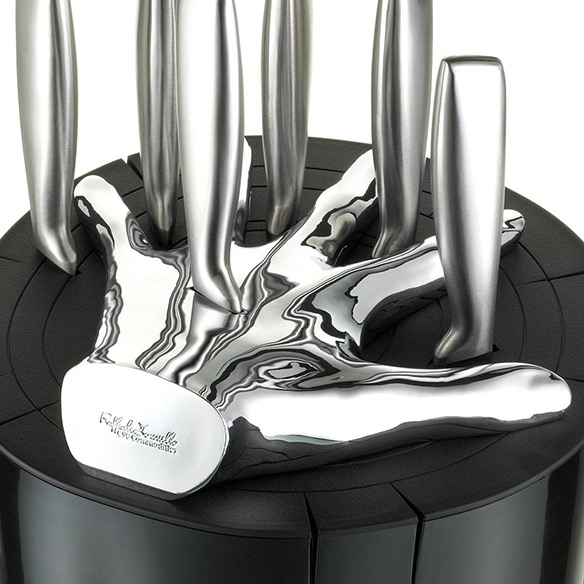 But at the same time, the chrome-looking hand allows you to tap into your sci-fi side of the brain to make you believe that the hand belongs to an evil extra-terrestrial. Just like “Thing” from “The Addams Family,” it could probably get up off its pedestal and take off on its own after regenerating skin from the knife wound. Then, it has access to six very sharp steak knives with which to chase you. Well, can it walk and carry a knife at the same time? No, it will probably decide to throw them all at you. Run and take your steaks with you! 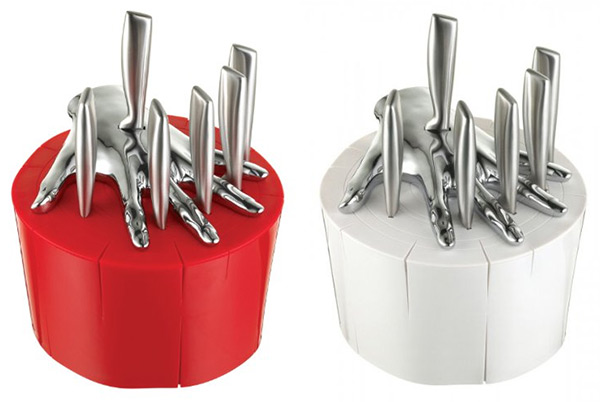 Order the Five Finger Fillet Steak Set for only $49.99 with free shipping at Amazon.com. This is a remarkable savings of 67% off the list price of $149.99, for a savings of $100. Combined with free shipping, this is quite a deal for such an interesting addition to your kitchen. I prefer the black base, but you can also choose red or white.

For a more uplifting way to display kitchen knives, have a look at the Colored Kitchen Knife Block.

By the way, if you’re a big fan of HBO’s “Dexter,” GeekAlerts has discovered that there is a lot of the show’s merchandise to be had, including the Dexter Blood Spatter Coasters that come in a handsome wooden box.